When a population increases rapidly in an exponential fashion and then stops abruptly due to environmental resistance or due to sudden appearance of a limiting factor, they are said to exhibit J-shaped growth form. Many insects show explosive increase in number during the  rainy season followed by their disappearance at the end of the season (Fig. 11.14). 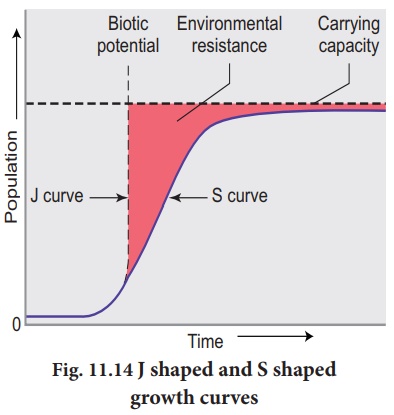 Some populations, as in a population of small mammals, increase slowly at first then more rapidly and gradually slow down as environmental resistance increases whereby equilibrium is reached and maintained. Their growth is represented by S shaped growth curve. 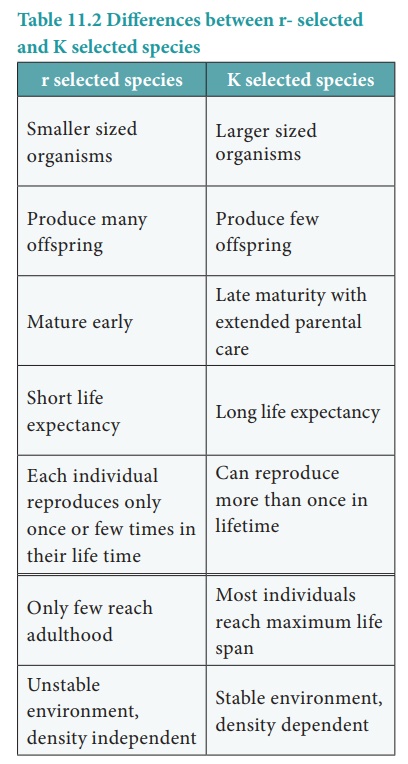