R - Research programme and its implementation 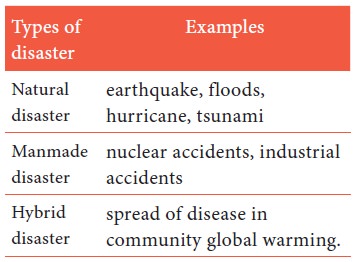 Classification of First Aids during Disasters 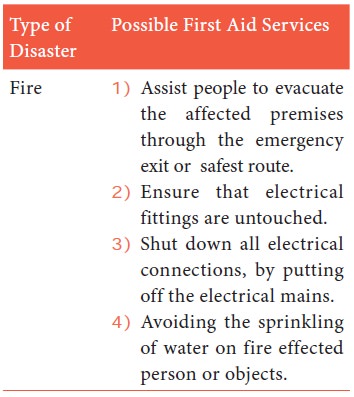 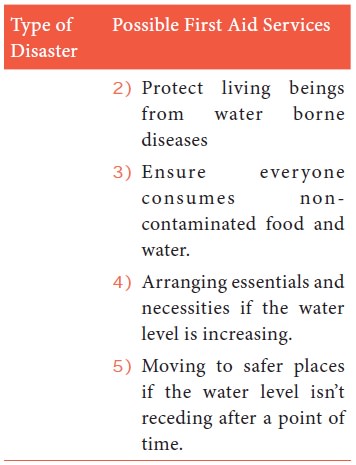 1)       Attending to the individuals who have broken limbs, bones and apply local massage therapy.

2)       Disinfecting the body parts/areas where there has been minor bruises with antiseptic and then plastering those areas with bandage.

5)       Prevent the spread of contaminated food and drinking water.

6)       Provide post-accident SOS support services to all the affected individuals.

The word triage is derived from the French word trier, which means, “to sort out or choose.”

There are two types of triage:

Simple triage is used in a scene of mass casualty, in order to sort patients into those who need critical attention and immediate transport to the hospital and those with less serious injuries.

S.T.A.R.T. (Simple Triage and Rapid Treatment) is a simple triage system that can be performed by lightly trained lay and emergency personnel in emergencies.

Advanced care will be used on patients with less severe injuries. Because treatment is intentionally with held from patients with certain injuries

It is used to divert scarce resources away from patients with little chance of survival in order to increase the chances of survival of others who are more likely to survive.

Principles of advanced triage is

Victims with serious injuries that are life threatening but has a high probability of survival if they received immediate care.

They require immediate surgery or other life-saving intervention, and have first priority for surgical teams or transport to advanced facilities; they “cannot wait” but are likely to survive with immediate treatment.

Victims who are seriously injured and whose life is not immediately threatened; and can delay transport and treatment for 2 hours.

Their condition is stable for the moment but requires watching by trained persons and frequent re-triage, will need hospital care (and would receive immediate priority care under “normal” circumstances).

“Walking wounded,” the casualty requires medical attention when all higher priority patients have been evacuated, and may not require monitoring.

Patients/victims whose care and transport may be delayed 2 hours or more.

They are so severely injured that they will die of their injuries, possibly in hours or days (large-body burns, severe trauma, lethal radiation dose), or in life-threatening medical crisis

that they are unlikely to survive given the care available (cardiac arrest, septic shock, severe head or chest wounds);

They should be taken to a holding area and given painkillers as required to reduce suffering. 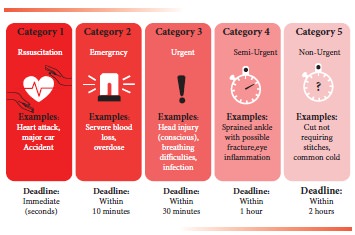