Control of Enzyme Activity by Phosphorylation 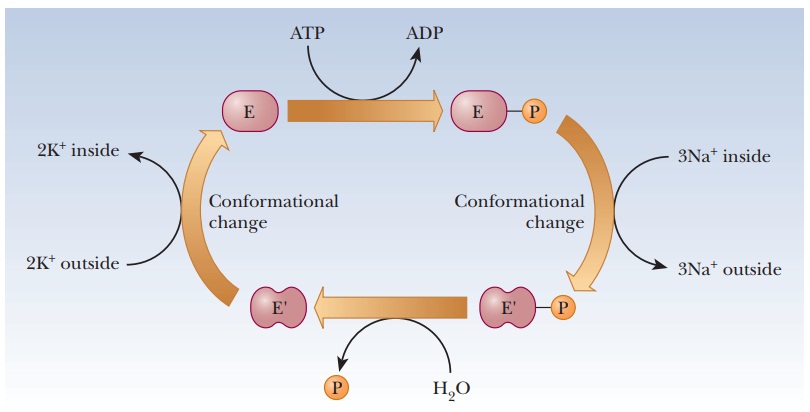 Control of Enzyme Activity by Phosphorylation

One of the most common control mechanisms for enzymes is by phosphorylation. The side-chain hydroxyl groups of serine, threonine, and tyrosine can all form phosphate esters. Transport across membranes provides an important example, such as the sodium–potassium ion pump, which moves potassium into the cell and sodium out. The source of the phosphate group for the protein component of the sodium–potassium ion pump and for many enzyme phosphorylations is the ubiquitous ATP. When ATP is hydrolyzed to adenosine diphosphate (ADP), enough energy is released to allow a number of otherwise energetically unfavorable reactions to take place. In the case of the Na+/K+ pump, ATP donates a phosphate to aspartate 369 as part of the mechanism, causing a conformation change in the enzyme (Figure 7.8). Proteins that catalyze these phosphorylation reactions are called protein kinases.Kinase refers to an enzyme that catalyzes transfer of a phosphate group, almost always from ATP, to some substrate. These enzymes play an important role in metabolism. 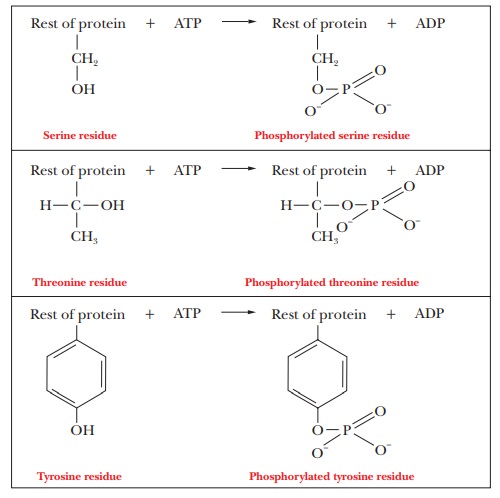 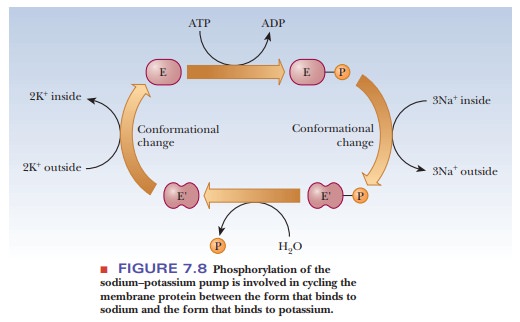 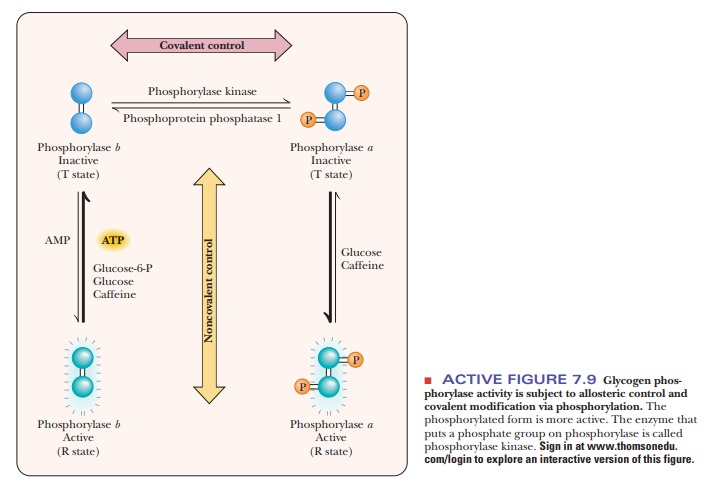 Many enzymes are controlled by phosphorylation.

Enzymes called kinases use high-energy molecules, such as ATP, to trans-fer a phosphate to a specific residue in an enzyme.

In some cases, phosphorylation increases the activity of an enzyme, while in other cases it decreases it.