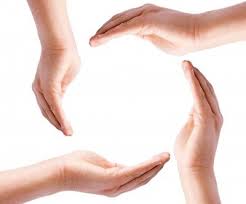 Through the mist and through the haze we found clarity. We just returned from a twelve-day whirlwind journey along America's west coast, a journey that provided clarity to our lives, and it was the connection with other people that created that clarity.

Through the mist and through the haze we found clarity.

We just returned from a twelve-day whirlwind journey along America's west coast, a journey that provided clarity to our lives, and it was the connection with other people that created that clarity.

We both agree that it was the best trip we've ever taken. We flew from Dayton to Portland for an amazing three days of World Domination Summit, followed by a few days of roaming the streets of Portland and meeting with some amazing online people. We immersed ourselves in the entire event, including much of the pre- and post-event activities.

Then we drove south down the beautiful Oregon coast towards San Francisco. Along the way, Ryan broke his ankle (it's a long story that involves sharks with laser guns), but he didn't let that spoil the trip. He crutched around San Francisco and the show went on.

We met Leo Babauta for tea under a sun-kissed sky in downtown San Fran. That meeting turned out to be an outstanding experience. Our lives are filled with great moments and exciting times, but occasionally we are blessed with a rare peak experience that we never forget, one in which we notice a fundamental shift in our state; and this meeting was one of those peak experiences.

We were supposed to meet for one hour, but the three of us quickly lost track of time. Four hours later we were sunburned and happy to have created a deeper, more personal connection with each other.

How To Create Deeper Connections

Leo taught us a new way to connect with people, a way that creates a lasting connection, and we want to share that strategy with you.

While we discussed various topics under the California sun, Leo said he wanted to try something he hadn't tried before. He had recently discovered a technique that creates a bond between two or more people, a technique that gets past the surface-level conversation and builds a lasting bond.

First, he recollected a story of a man who stood up in front of a crowd and told two different stories to his audience. The first story was about a successful, accomplished, award winning, well-respected man. The second story was about a man who grew up poor, had problems and struggles throughout his life, made bad decisions, and was far from perfect.

And then Leo asked us which story we connected with most.

Obviously, we connected with the latter story. As humans, we are flawed, we are imperfect, we make bad decisions, and we struggle with life. We are unique, yet we are one in the same, and we connect with that sameness.

So Leo shared a very personal story of his own struggle with us, one that we obviously won't share here. We reciprocated, telling our own personal stories of struggle and imperfection and weakness and utter humanity. It is not a coincidence that all three stories were eerily similar, sharing many common themes, themes that describe what it means to be a human being.

We left that meeting knowing more about Leo but also more about ourselves.

We encourage you to attempt this strategy when creating a connection with others. It might seem frightening to you at first-it was for us-but it opens you up and allows you to create a different kind of connection with someone.

And thus there was one reason why this was the best trip of our lives: connection. Sure the weather was spectacular and the food was amazing and the places we went were very cool, but it was our connection with other people that stood out among everything else. It was that connection that gave meaning to our journey.

English essay writing topics, sample examples for school, college students and Competitions.
Coexistence with Nature
Contribution : Establishing Deeper Connections with People
You Are Not Your Khakis
30 Is Not the New 20
When Tempers Flare
Pride in Profession
When I Grow Up
A Quest for Earth-friendly Development
Who Understands Him Best?
My Story of Inspiration
From the Stone to the Heart
Growth Through Minimalism
My Story of Inspiration
Plant for Planet
The Drought City
Never Leave the Scene of a Good Idea without Taking Action
Killing Time: Over Time I Got Rid of Time
Living in the Moment : Be On the Mountain
Stop Trying
Emotional Health : On Happiness
Stop Living the Lie; Start Living the Life
Why I Don't Own a TV
A Bright Spark
Growth : Minimalism Scares the Shit Out of Me
A Real Life Nightmare That Woke Up My Consciousness