The Portuguese and the Spanish were the pioneers in geographical explorations and the founding of colonies. The English lagged far behind in their colonisation efforts.

The Portuguese and the Spanish were the pioneers in geographical explorations and the founding of colonies. The English lagged far behind in their colonisation efforts. The English possessed a theoretical claim to the North American mainland in view of the voyage of John Cabot (1497) off the coast of Nova Scotia. But they neither had the means nor the desire to back up that claim during the 16th century. Jamestown was the first British colony in America (1607). The ship Mayflower had taken a batch of Puritans from Plymouth, England, to America in 1620. They landed in the north and called the place New Plymouth. Another Puritan group led by John Winthrop set up the Massachusetts Bay Colony. 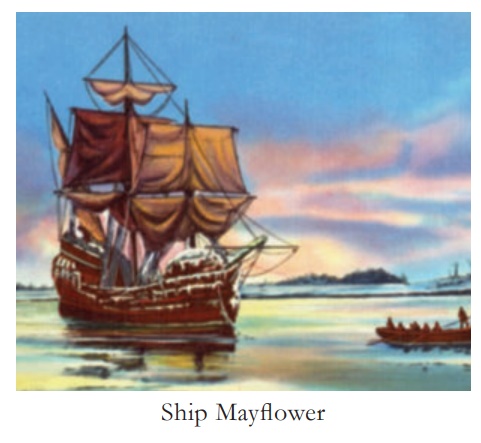 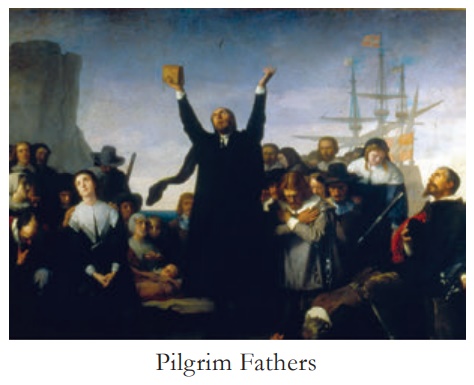 Reformers who led a religious movement to reform the Church of England dispensing with the teachings and practices of Roman Catholic Church were known as Puritans. The Stuart kings, James I and Charles I, did not tolerate their attempts to reform the Church of England. The persecution of Puritans prompted many to leave England and settle. In the colonies they founded they organized a Puritan way of life.

The Dutch founded a town and called it New Amsterdam. The English later changed the name to New York. There were also Germans, Danes and Frenchmen. By the end of the eighteenth century, there were thirteen colonies on the east coast all under British control. The 13 colonies (from north to south) were: Rhode Island, New Hampshire, Massachusetts, Connecticut, New York, New Jersey, Pennsylvania, Delaware, Maryland, Virginia, North Carolina, South Carolina and Georgia. By 1775, the population of the thirteen colonies had grown steadily reaching nearly 3 million, a third of Britain’s population.