The choice of solvent or a mixture of solvents used in TLC is solely guided by two important factors :

CHOICE OF SOLVENT SYSTEM IN TLC

The choice of solvent or a mixture of solvents used in TLC is solely guided by two important factors : (a) the nature of the constituent to be separated i.e., whether it is polar or non-polar ; and (b) the nature of the process involved i.e., whether it is a case of ‘adsorption’ or ‘partition chromatography’. It has been observed that the rate of migration of a substance on a given adsorbent depends upon the solvent used ; therefore, the latter may be arranged in order of the elutive power, usually termed as the elutropic series as shown in the following Table 28.1. 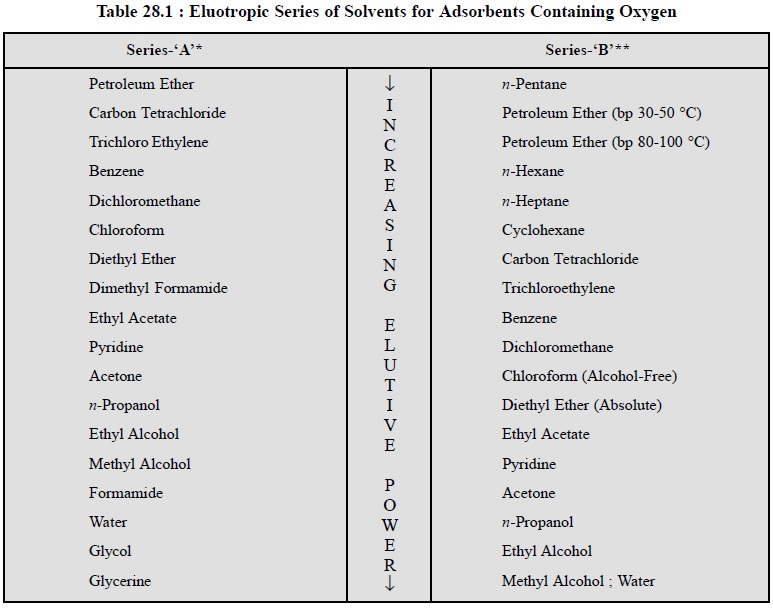 Note : (i) These series are not always valid in precisely the same order for all substances,

(ii) These series may be regarded as good guides for selecting a specific solvent only, and

(iii) These series are good for hydrophyllic adsorbents and not for hydrophobic ones e.g., charcoals.

From actual experimental results it has been established beyond any reasonable doubt that the mix-tures of two or three solvents of different polarity mostly offer distinct and much improved separation as compared to chemically homogeneous solvents. Table 28.2 records the elutropic series of one and two com-ponent solvents. 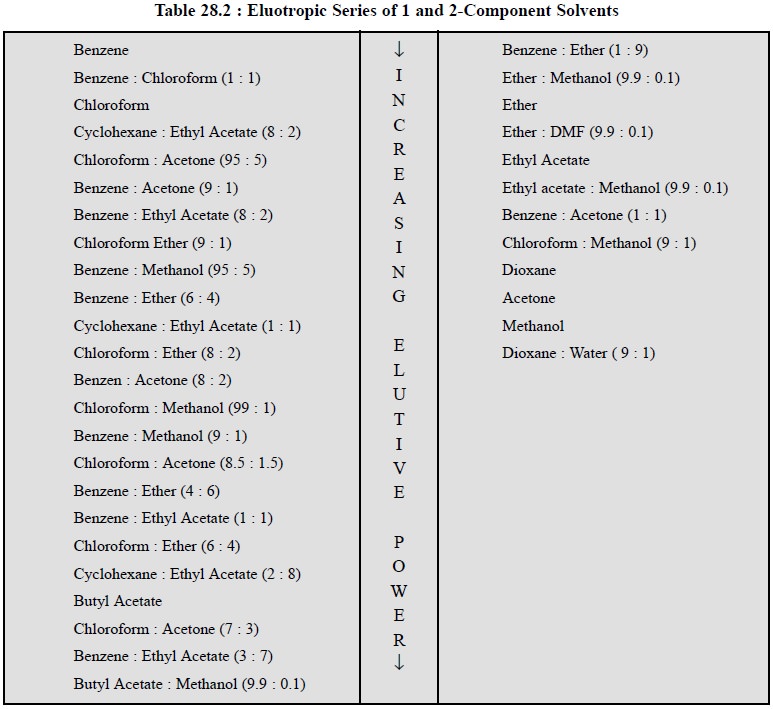