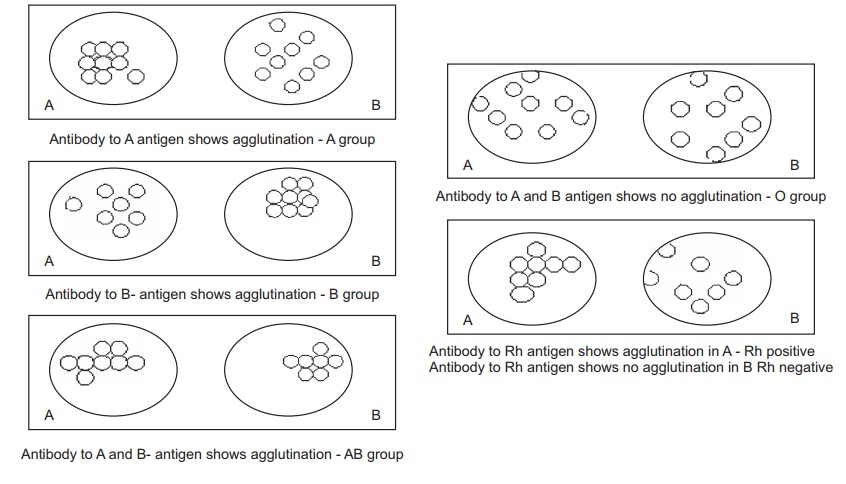 In 1901 Karl Landsteiner discovered that when the Blood of one human being was transfused with that of another human being, differences in their Blood leads to shock, jaundice, and renal failure. Since the blood group antigen and antibody reactions result in the agglutination reaction the antigen is known as agglutinogen and the antibody is known as agglutinin. Blood group antigens are present on the RBC membrane. According to Land Steiner when an agglutinogen is present on the RBC membrane the corresponding antibody is absent in the plasma. So your ‘blood group’ depends on type antigens which found on the surface of the red blood cell membrane.

Land Steiner found two types of antigens on the RBC they are antigen A and antigen B, similarly there are two types of antibodies in the plasma called antibody alpha and beta antibody. Since this antigen antibody involved in agglutination reactions the antigen is called as agglutinogen and the antibody is known as agglutinin.According to Land Steiner’s law when an agglutinogen is present on the RBC the corresponding antibody will be absent in the plasma.Based on the presence or absence of antigens and antibodies human blood is classified into four major groups namely A,B, AB and O.

If you belong to the blood group A, you have A antigens on the surface of your red blood cells and beta antibodies in your blood plasma.

If you belong to the blood group B, you have B antigens on the surface of your red blood cells and alpha antibodies in your blood plasma.

If you belong to the blood group AB, you have both A and B antigens on the surface of your red blood cells and both alpha and beta antibodies are absent in your blood plasma.

If you belong to the blood group O (null), you donot have the A and B antigens on the surface of your red blood cells but you have both alpha and beta antibodies in your blood plasma. 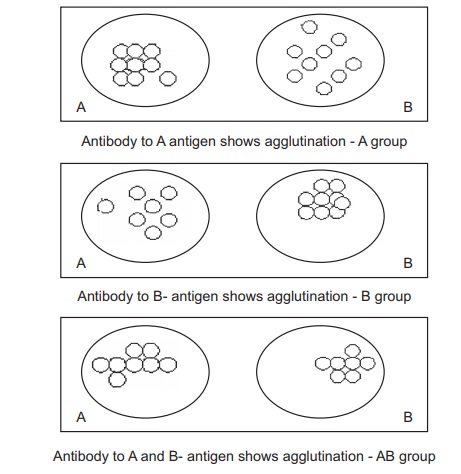 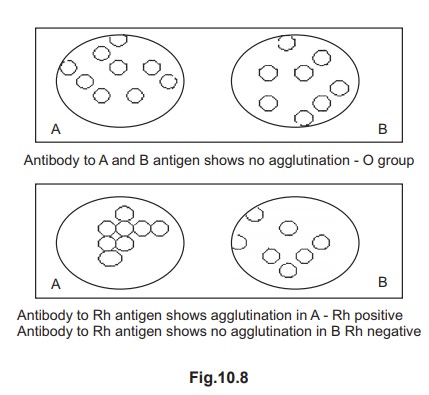 How is blood group testing done?

The blood group test is a must for pregnant women. If the mother is Rh negative, and the fetus is Rh positive (inherited from a Rh positive father), when the fetal blood enters in to mothers body due to some reason the mother become sensitized. The mother’s immune system produce antibody against the Rh antigen. When these antibodies enter in to fetus, these may attack and destroy the baby’s blood cells. When there is a reduction in the functional RBC, the immature blast cells come to the fetal circulation. This condition is called ‘Erythro blastosis fetalis (Because erythroid (red blood cells) blast cells are found in the fetus). However, without treatment, this can become a serious problem in subsequent pregnancies as the mother’s immune system will be ‘sensitized’ after the first pregnancy. The baby with this disorder will have anemia, jaundice and in many cases the mental retardation.

Isoantigens :An antigen of an individual which is capable of eliciting an immuneresponse in individuals of the same species who are genetically different and who do not possess that antigen is called isoantigen.

Natural antibodies :Human forms antibodies against the blood group antigensthey do not express. These antibodies are called naturally occurring antibodies or isoagglutinins. It may be of IgM, IgG or IgA. Antibody production starts at 3 months of age, reaches its highest level during adult and decreases with advancing age. Usually, Antibody A titers are higher than Antibody- B.