The blood cell counter count the number of RBC or WBC per unit of volume of blood using either of two method:

•   The blood cell counter count the number of RBC or WBC per unit of volume of blood using either of two method:

•         When blood is diluted in the proper type of solution, the electrical resistivity of blood cells (ρc) is higher then thhe resistivity of the surrounding fluid (ρf)

•         By contriving a situation in which these resistivities can be differentiated from each other, we can count cells

•         The sensor consist of a two-chamber vessel in which the dilute incoming blood is on one side of barrier, and the waste blood to be discarded is on the other 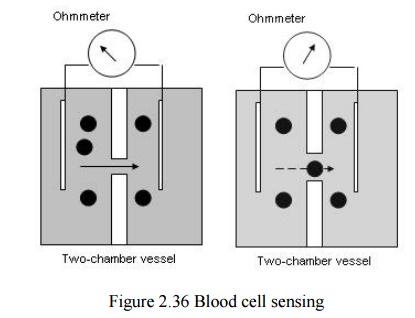 •   RA is the resistance of the aperture and will be either high or low, depending on whether or not the blood cell is inside the aperture. 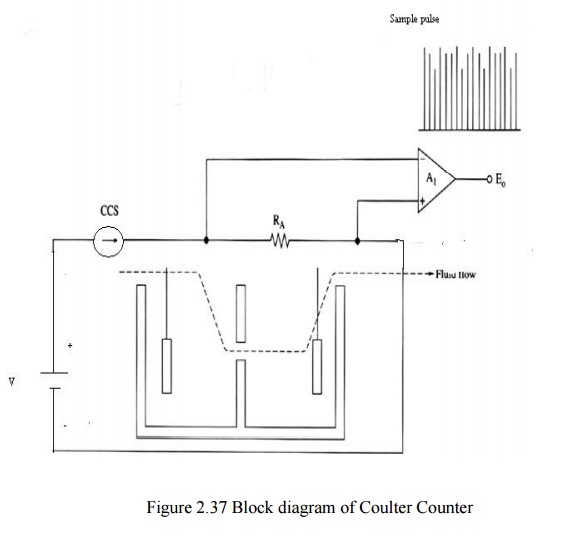 –  cell path region that passes only a single cell at time.

•         Focusing is done by decreasing the diameter of the aperture. 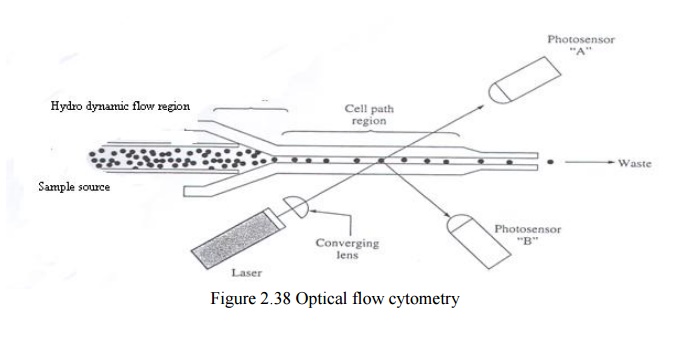 The blood is actually split into different chambers, where in each chamber it is diluted / mixed to differentiate different cell types. WBC and RBC are separated (using lysing)