Alpha-receptor antagonists may be reversible or irreversible in their interaction with these receptors. 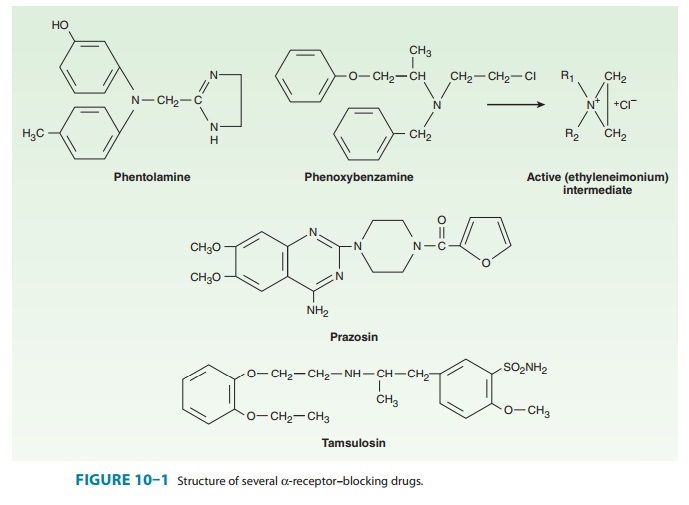 As discussed, the duration of action of a reversible antagonist is largely dependent on the half-life of the drug in the body and the rate at which it dissociates from its recep-tor: The shorter the half-life of the drug in the body, the less time it takes for the effects of the drug to dissipate. In contrast, the effects of an irreversible antagonist may persist long after the drug has been cleared from the plasma. In the case of phenoxyben-zamine, the restoration of tissue responsiveness after extensive α-receptor blockade is dependent on synthesis of new receptors,which may take several days. The rate of return of α1-adrenoceptor responsiveness may be particularly important in patients having a sudden cardiovascular event or who become candidates for urgent surgery. 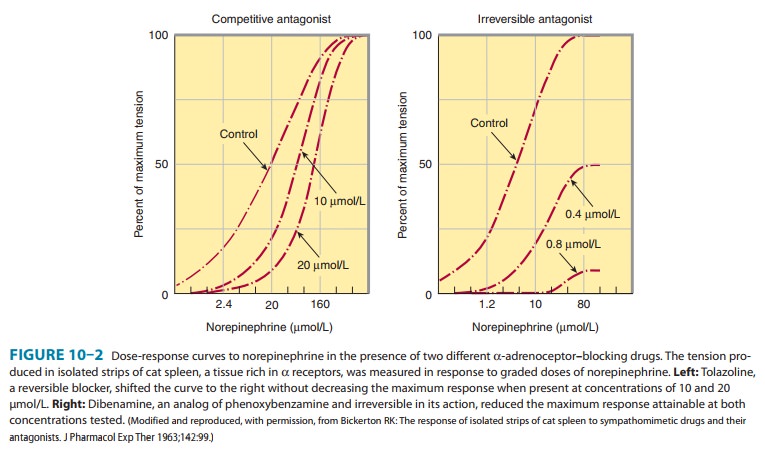 Because arteriolar and venous tone are determined to a large extent by α receptors on vascular smooth muscle, α-receptor antagonist drugs cause a lowering of peripheral vascular resistance and blood pressure (Figure 10–3). These drugs can prevent thepressor effects of usual doses of α agonists; indeed, in the case of agonists with both α and β2 effects (eg, epinephrine), selective α-receptor antagonism may convert a pressor to a depressorresponse (Figure 10–3). This change in response is called epi-nephrine reversal; it illustrates how the activation of bothαandreceptors in the vasculature may lead to opposite responses. Alpha-receptor antagonists often cause orthostatic hypotension and reflex tachycardia; nonselective (α1= α2, Table 10–1) blockers usually cause significant tachycardia if blood pressure is loweredbelow normal. Orthostatic hypotension is due to antagonism of sympathetic nervous system stimulation of α1 receptors in vascu-lar smooth muscle; contraction of veins is an important compo-nent of the normal capacity to maintain blood pressure in the upright position since it decreases venous pooling in the periphery. Constriction of arterioles in the legs also contributes to the normal orthostatic response. Tachycardia may be more marked with agents that block α2-presynaptic receptors in the heart, since the augmented release of norepinephrine will further stimulate β receptors in the heart. 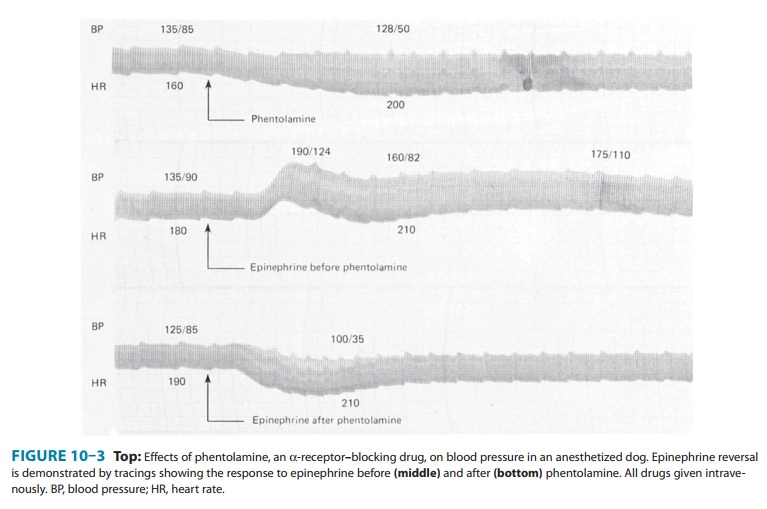 Blockade of α receptors in other tissues elicits miosis (small pupils) and nasal stuffiness. Alpha1 receptors are expressed in the base of the bladder and the prostate, and their blockade decreases resistance to the flow of urine. Alpha blockers, therefore, are used therapeutically for the treatment of urinary retention due to pros-tatic hyperplasia . Individual agents may have other important effects in addition to α-receptor antagonism . 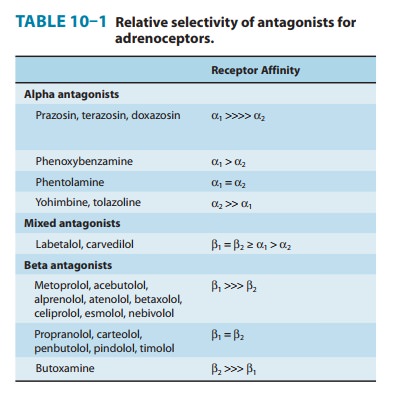