•      The ADL community generally agrees that Software Architecture is a set of components and the connections among them.

Architectural descriptions were often informal and ad hoc. As a result:

Ø Architectural designs were not always properly understood as it was highly ambiguous.

Ø The constraints assumed (i.e. the architectural constraints) in the initial design were not enforced (sometimes) as the system evolves.

To address these problems, ADLs were introduced.

Ø Architecture description languages (ADLs) are formal languages that can be used to represent the architecture of a software system.

Relation of ADL’s to other notations  and Tools 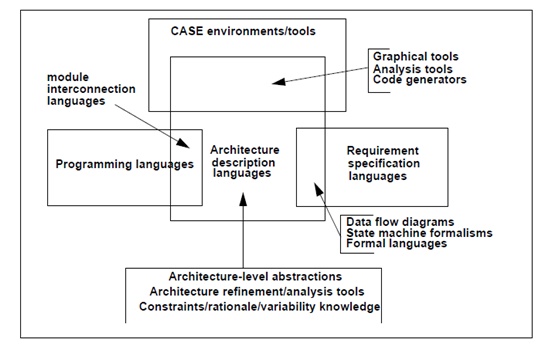 –     Rules for referring to the combination of components and connectors 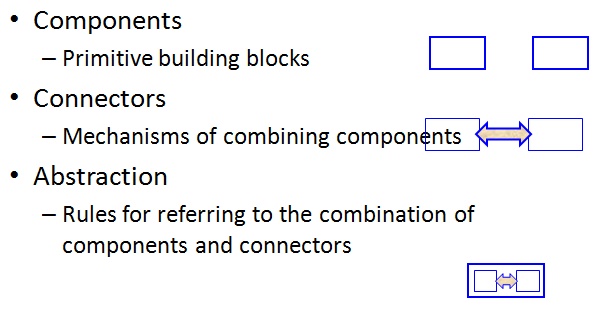 •      Configuration – ability to understand and change the architectural structure

•      ADLs are intended to be both human and machine readable

•      There is not universal agreement on what ADLs should represent, particularly as regards the behavior of the architecture