When a 3-phase winding is energized from a 3-phase supply, a rotating magnetic field is produced.

When a 3-phase winding is energized from a 3-phase supply, a rotating magnetic field is produced. This field is such that its poles do no remain in a fixed position on the stator but go on shifting their positions around the stator. For this reason, it is called a rotating Held. It can be shown that magnitude of this rotating field is constant and is equal to 1.5 m where m is the maximum flux due to any phase.

To see how rotating field is produced, consider a 2-pole, 3-phase winding as shown in Fig. 3.6 (i). The three phases X, Y and Z are energized from a 3-phase source and currents in these phases are indicated as Ix, Iy and Iz [See Fig. 3.6 (ii)]. Referring to Fig. 3.6 (ii), the fluxes produced by these currents are given by:

Here  ϕm is the maximum flux due to any phase. Above figure shows the phasor diagram of the three fluxes. We shall now prove that this 3-phase supply produces a rotating field of constant magnitude equal to 1.5  ϕm. 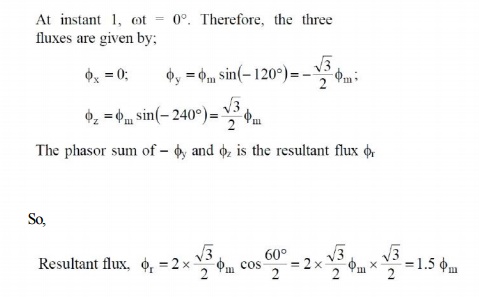 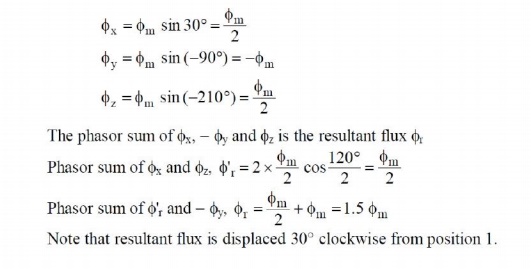 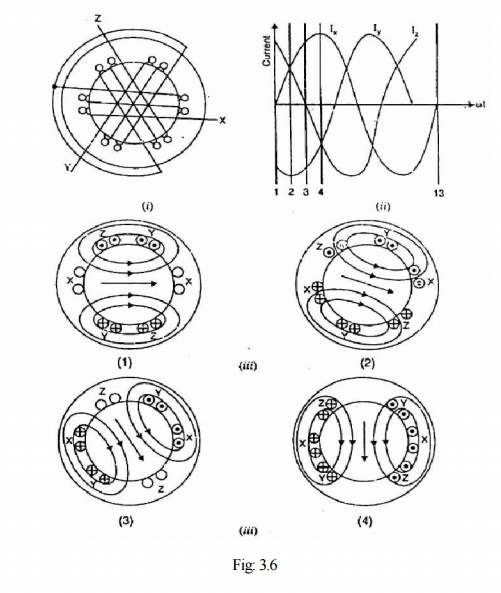 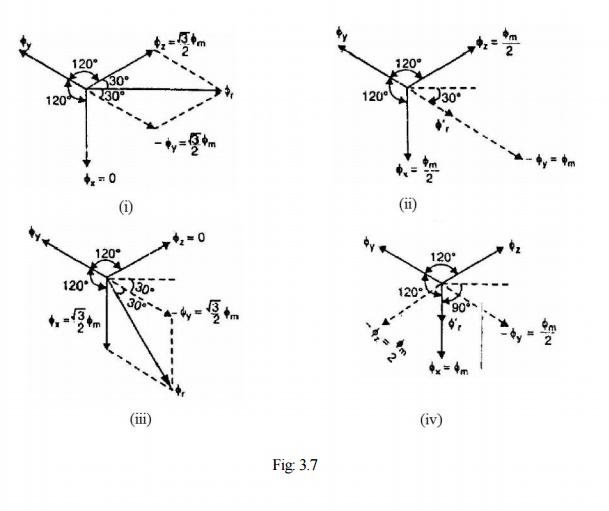 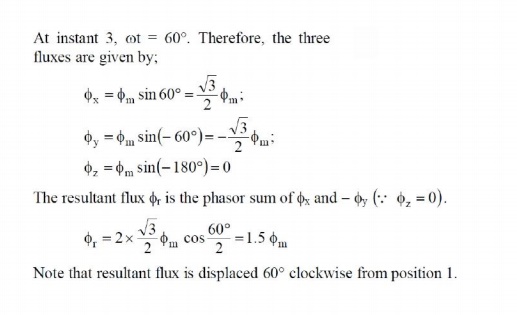 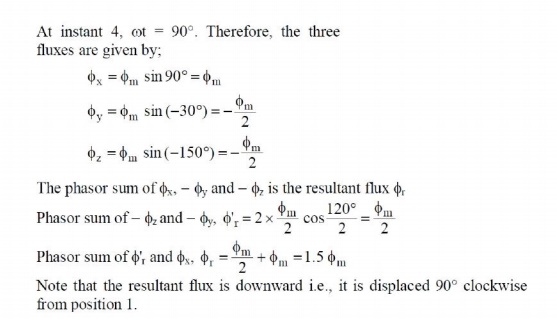 It follows from the above discussion that a 3-phase supply produces a rotating field of constant value (= 1.5  ϕm, where  ϕm is the maximum flux due to any phase).

The speed at which the rotating magnetic field revolves is called the synchronous speed (Ns).

The speed of the rotating magnetic field is the same as the speed of the alternator that is supplying power to the motor if the two have the same number of poles. Hence the magnetic flux is said to rotate at synchronous speed.

The phase sequence of the three-phase voltage applied to the stator winding in Fig. 3.6 (ii) is X-Y-Z. If this sequence is changed to X-Z-Y, it is observed that direction of rotation of the field is reversed i.e., the field rotates counter clockwise rather than clockwise. However, the number of poles and the speed at which the magnetic field rotates remain unchanged. Thus it is necessary only to change the phase sequence in order to change the direction of rotation of

We have seen above that rotor rapidly accelerates in the direction of rotating field. In practice, the rotor can never reach the speed of stator flux. If it did, there would be no relative speed between the stator field and rotor conductors, no induced rotor currents and, therefore, no torque to drive the rotor. The friction and windage would immediately cause the rotor to slow down. Hence, the rotor speed (N) is always less than the suitor field speed (Ns). This difference in speed depends upon load on the motor. The difference between the synchronous speed Ns of the rotating stator field and the actual rotor speed N is called slip. It is usually expressed as a percentage of synchronous speed i.e.

The frequency of a voltage or current induced due to the relative speed between a vending and a magnetic field is given by the general formula; 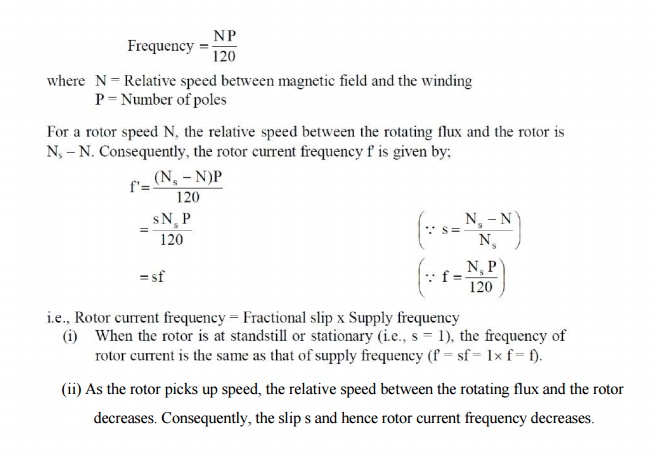