The two adrenal glands are located one on top of each kidney, which gives them their other name of suprarenal glands.

The two adrenal glands are located one on top of each kidney, which gives them their other name of suprarenal glands. Each adrenal gland consists of two parts: an inner adrenal medulla and an outer adrenal cortex. The hormones produced by each part have very different functions.

The cells of the adrenal medulla secrete epinephrine and norepinephrine, which collectively are called cat-echolamines and aresympathomimetic.

The secretion of both hormones is stimulated by sympathetic impulses from the hypothalamus, and their functions duplicate and prolong those of the sympathetic divi-sion of the autonomic nervous system (mimetic means “to mimic”).

Epinephrine (Adrenalin) and norepinephrine (nor-adrenalin) are both secreted in stress situations and help prepare the body for “fight or flight.” Norepi-nephrine is secreted in small amounts, and its most significant function is to cause vasoconstriction in the skin, viscera, and skeletal muscles (that is, throughout the body), which raises blood pressure. 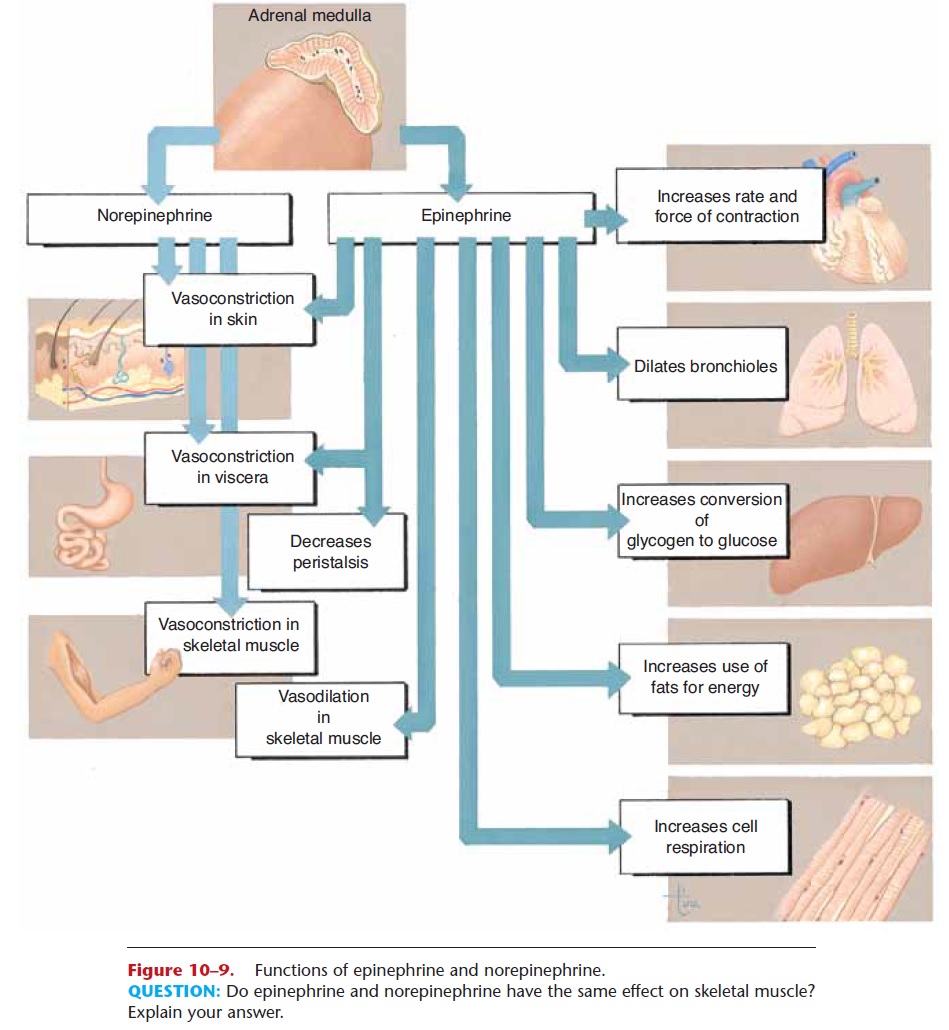 Figure 10–9. Functions of epinephrine and norepinephrine.

Epinephrine, secreted in larger amounts, increases the heart rate and force of contraction and stimulates vasoconstriction in skin and viscera and vasodilation in skeletal muscles. It also dilates the bronchioles, decreases peristalsis, stimulates the liver to change glycogen to glucose, increases the use of fats for energy, and increases the rate of cell respiration. Many of these effects do indeed seem to be an echo of sym-pathetic responses, don’t they? Responding to stress is so important that the body acts redundantly (that is, exceeds what is necessary, or repeats itself) and has both a nervous mechanism and a hormonal mecha-nism. Epinephrine is actually more effective than sym-pathetic stimulation, however, because the hormone increases energy production and cardiac output to a greater extent. The hormones of the adrenal medulla are summarized in Table 10–6, and their functions are shown in Fig. 10–9.

The adrenal cortex secretes three types of steroid hormones: mineralocorticoids, glucocorticoids, and sex hormones. The sex hormones, “female” estrogens and “male” androgens (similar to testosterone), are produced in very small amounts, and their importance is not known with certainty. They may contribute to rapid body growth during early puberty. They may also be important in supplying estrogen to women after menopause and to men throughout life.

The functions of the other adrenal cortical hor-mones are well known, however, and these are consid-ered vital hormones.

Aldosterone is the most abundant of the mineralo-corticoids, and we will use it as a representative of this group of hormones. The target organs of aldosterone are the kidneys, but there are important secondary effects as well. Aldosterone increases the reabsorption of sodium and the excretion of potassium by the kid-ney tubules. Sodium ions (Na+) are returned to the blood, and potassium ions (K+) are excreted in urine. Look at Fig. 10–10 as you read the following. 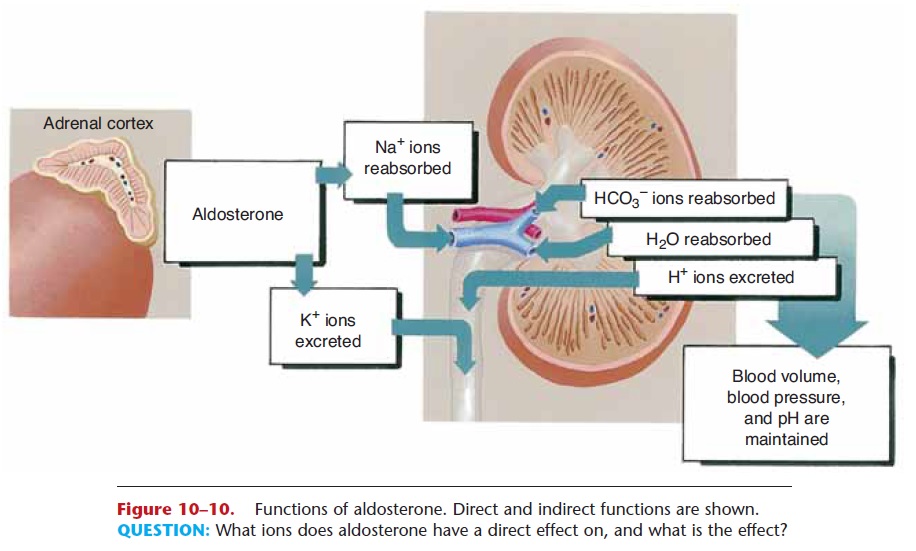 Figure 10–10. Functions of aldosterone. Direct and indirect functions are shown.

As Na+ ions are reabsorbed, hydrogen ions (H+) may be excreted in exchange. This is one mechanism to prevent the accumulation of excess H+ ions, which would cause acidosis of body fluids. Also, as Na+ ions are reabsorbed, negative ions such as chloride (Cl2) and bicarbonate (HCO3–) follow the Na+ ions back to the blood, and water follows by osmosis. This indirect effect of aldosterone, the reabsorption of water by the kidneys, is very important to maintain normal blood volume and blood pressure. In summary, then, aldos-terone maintains normal blood levels of sodium and potassium, and contributes to the maintenance of nor-mal blood pH, blood volume, and blood pressure.

A number of factors stimulate the secretion of aldosterone. These are a deficiency of sodium, loss of blood or dehydration that lowers blood pressure, or an elevated blood level of potassium. Low blood pressure or blood volume activates the renin-angiotensinmechanism of the kidneys. This mechanism is discussed, so we will say for now that the process culminates in the formation of a chemical called angiotensin II. Angiotensin II causes vasoconstriction and stimulates the secretion of aldos-terone by the adrenal cortex. Aldosterone then increases sodium and water retention by the kidneys to help restore blood volume and blood pressure to normal.

We will use cortisol as a representative of the group of hormones called glucocorticoids, because it is responsible for most of the actions of this group (Fig. 10–11). Cortisol increases the use of fats and excess amino acids (gluconeogenesis) for energy and decreases the use of glucose. This is called the glucose-sparing effect, and it is important because it conserves 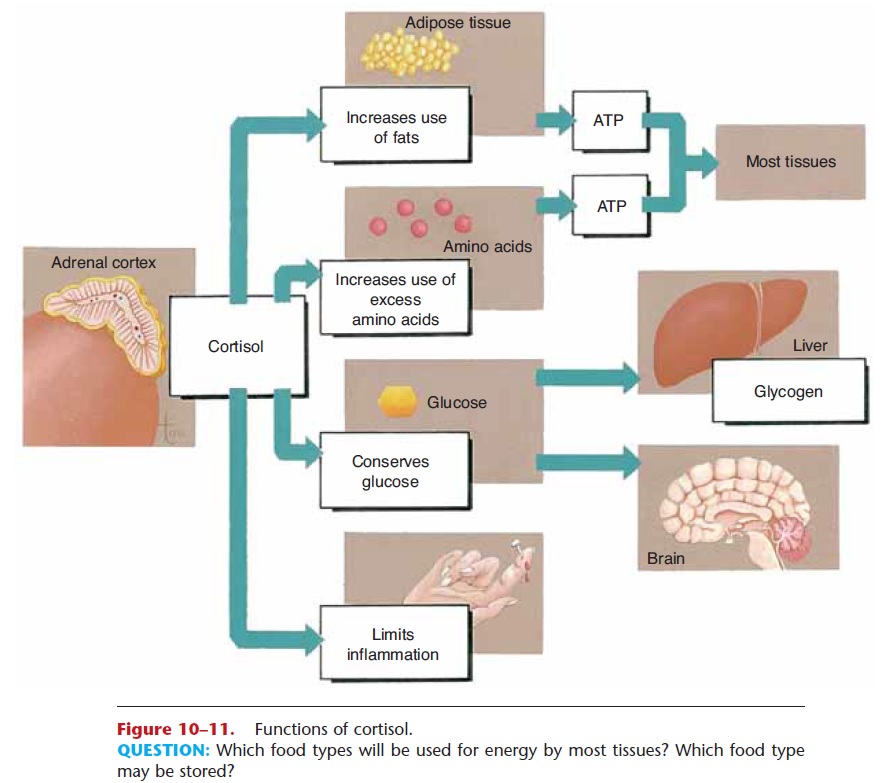 glucose for use by the brain. Cortisol is secreted in any type of physiological stress situation: disease, physical injury, hemorrhage, fear or anger, exercise, and hunger. Although most body cells easily use fatty acids and excess amino acids in cell respiration, brain cells do not, so they must have glucose. By enabling other cells to use the alternative energy sources, cortisol ensures that whatever glucose is present will be avail-able to the brain.

Cortisol also has an anti-inflammatory effect. During inflammation, histamine from damaged tis-sues makes capillaries more permeable, and the lyso-somes of damaged cells release their enzymes, which help break down damaged tissue but may also cause destruction of nearby healthy tissue. Cortisol blocks the effects of histamine and stabilizes lysosomal mem-branes, preventing excessive tissue destruction. Inflammation is a beneficial process up to a point, and is an essential first step if tissue repair is to take place. It may, however, become a vicious cycle of damage, inflammation, more damage, more inflammation, and so on—a positive feedback mechanism. Normal cortisol secretion seems to be the brake, to limit the inflammation process to what is useful for tissue repair, and to prevent excessive tissue destruction. Too much cortisol, however, decreases the immune response, leaving the body susceptible to infection and significantly slowing the healing of damaged tissue.

The direct stimulus for cortisol secretion is ACTH from the anterior pituitary gland, which in turn is stimulated by corticotropin releasing hormone (CRH) from the hypothalamus. CRH is produced in the physiological stress situations mentioned earlier. Although we often think of epinephrine as a hormone important in stress, cortisol is also important. The hormones of the adrenal cortex are summarized in Table 10–7.