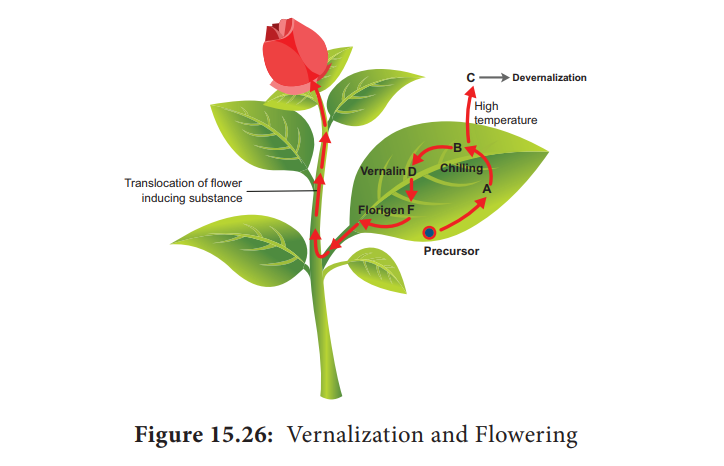 Many species of biennials and perennials are induced to flower by low temperature exposure (0oC to 5oC) .

Two main theories to explain the mechanism of vernalization are:

i.   Hypothesis of phasic development

According to Lysenko, development of an annual seed plant consists of two phases. First phase is thermostage , which is vegetative phase requiring low temperature and suitable moisture. Next phase is photo stage which requires high temperature for synthesis of florigen (flowering hormone).

The seeds are first soaked in water and allowed to germinate at 10o C to 12o C. Then  seeds are transferred to low temperature (3oC to 5oC) from few days to 30 days. Germinated seeds after this treatment are allowed to dry and then sown. The plants will show quick flowering when compared to untreated control plants.

1.           Vernalization shortens the vegetative period and induces the plant to flower earlier.