• Nitromethane is used as a fuel for cars

• Chloropicrin (CCl3 NO2 ) is used as an insecticide

• Nitroethane is used as a fuel additive and precursor to explosive and they are good solvents for polymers, cellulose ester, synthetic rubber and dyes etc.,

• 4% solution of ethylnitrite in alcohol is known as sweet spirit of nitre and is used as diuretic.

• Nitrobenzene is used to produce lubricating oils in motors and machinery.

• It is used in the manufacture of dyes, drugs, pesticides, synthetic rubber, aniline and explosives like TNT, TNB.

• Alkyl cyanides are important intermediates in the organic synthesis of larger number of compounds like acids, amides, esters, amines etc.

• Nitriles are used in textile industry in the manufacture of nitrile rubber and also as a solvent particularly in perfume industry.

Mitomycin C, and anticancer agent used to treat stomach and colon cancer, contains an aziridine ring. The aziridine functional group participates in the drug’s degradation by DNA, resulting in the death of cancerous cells. 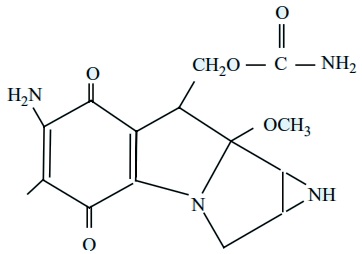