Prokaryote and eukaryote comes from the Greek word where ‘Pro’ means ‘before’ and ‘Eu’ means ‘true’.

Prokaryote and eukaryote comes from the Greek word where ‘Pro’ means ‘before’ and ‘Eu’ means ‘true’. The term “Karyon” typically means that a rounded or oval mass of protoplasm within the cytoplasm of a plant or animal cell; it is surrounded by a nuclear envelope, which encloses euchromatin, heterochromatin, and one or more nucleoli and undergoes mitosis during cell division.

The prokaryotes are unicellular, in general eubacteria (true bacteria) and archaebacteria (ancient bacteria). The cell encloses a semi-liquid component with a few suspended structures called ribosomes. Within the membrane is the cytoplasm, which contains the cytosol-a semi-liquid concentrated solution or suspension with the structures suspended within it. In prokaryotes, this semi-liquid cytoplasm is not divided into compartments, and carries the genetic information. Freely existing DNA molecules and ribosomes which are involved in protein synthesis are found in the cytosol. A prokaryotic cell can have flagella for swimming purpose and the cell may have pili that help the organism to get attached to other cells or surfaces.

The eukaryotes are ten times larger than the prokaryotic cells but are endowed with the unique feature of ‘compartmentalization’. The specialized functions of a eukaryotic cellsare carried out in organelle-the membrane-surrounded structures lying within the surrounding cytoplasm. Major organelles common to most eukaryotic cells are the mitochondria, which specialize in oxidative metabolism; the endoplasmic reticulum, a folded membrane structure rich in ribosomes; the Golgi complex, membrane-bound chambers that function in secretion and the intracellular shuttling of new proteins; and the nucleus. The nucleus of a eukaryotic cell contains the cell’s genetic information, encoded in DNA that is packaged into chromosomes. A portion of this DNA is subpackaged into a dense region within the nucleus called the nucleolus. Surrounding the nucleus is a nuclear envelope, pierced by pores through which the nucleus and cytoplasm communicate. 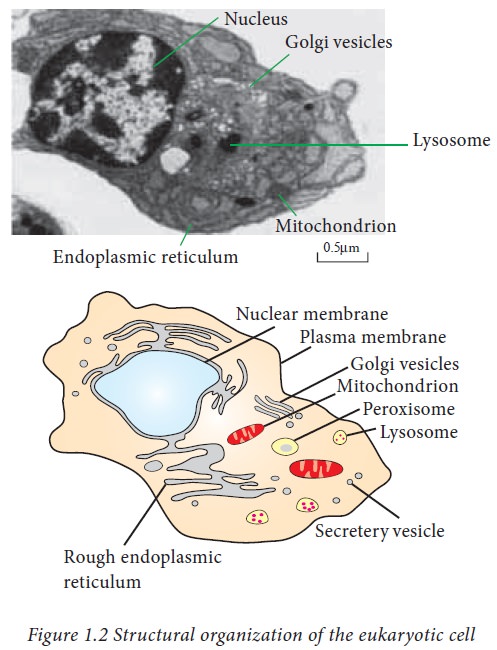 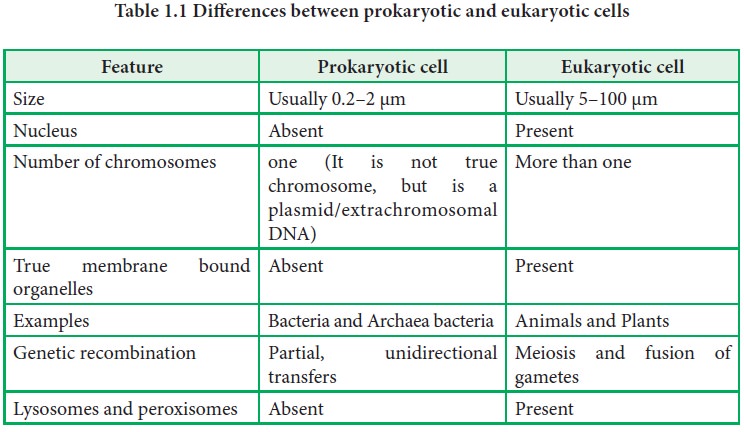 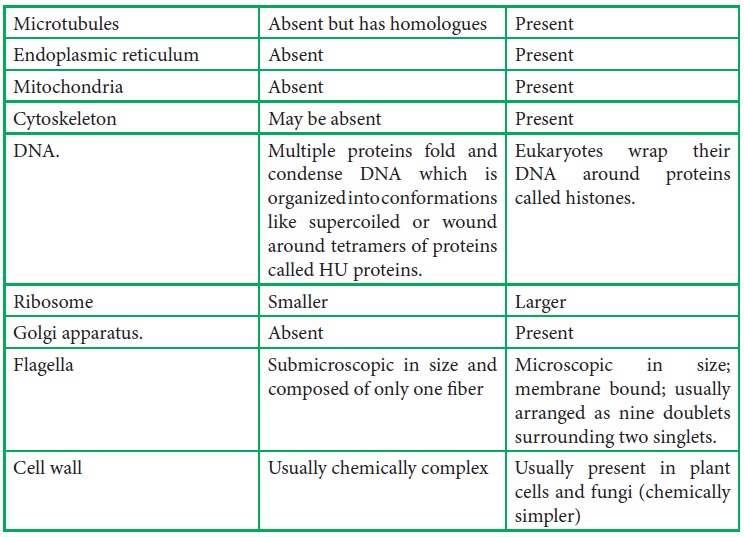 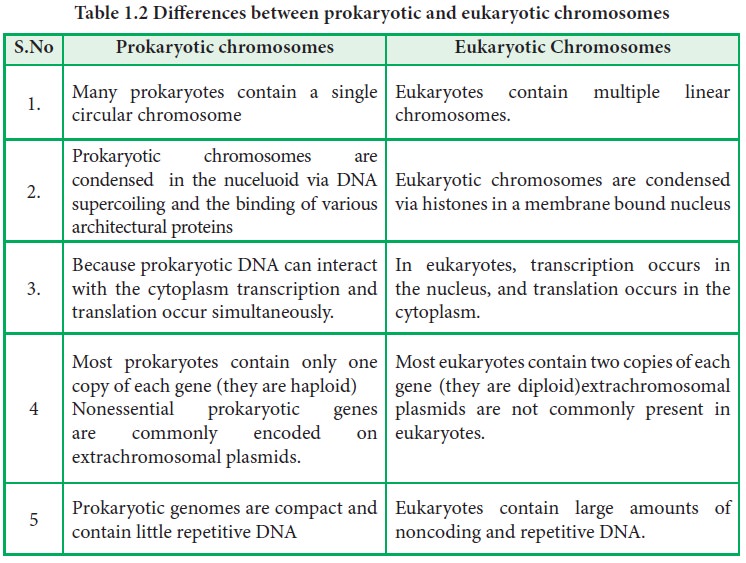