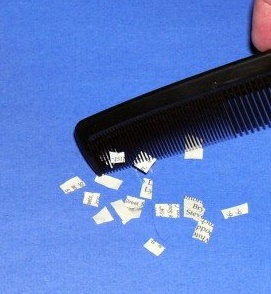 Answer: Comb attracts a bits of paper because Comb is charged object and paper is in neutral so, to be charged one must be in neutral and Comb is negative charged as it gains electrons from hair. Since ,when Comb is placed near to a bits of paper then papers get charged due to induction.

Comb rubbed with hair gains electrons from the hair and becomes negatively charged. These electrons are accumulated on the surface of the comb. When a piece of paper is teared into bits, positive and negative charges are present at the edges of the bits. Negative charges in the comb attract positive charges in the bits. So, the paper bits are moving towards the comb. While combing hair, charges are transferred from the hair to comb due to friction. If the hair is wet, the friction between the hair and the comb reduces which will reduce the number of electrons transferring from hair to comb. Hence, rubbing certain materials with one another can cause the build-up of electrical charges on the surfaces. From this it is clear that charges are transferred by friction. 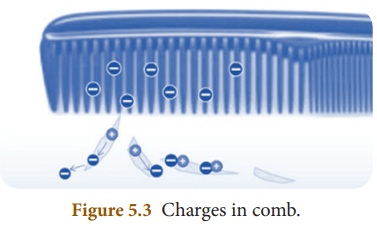 A neutral object can become positively charged when electrons get transferred to another object; not by receiving extra positive charges.

From these we know that when two materials are rubbed together, some electrons may be transferred from one material to the other, leaving them both with a net electric charge. 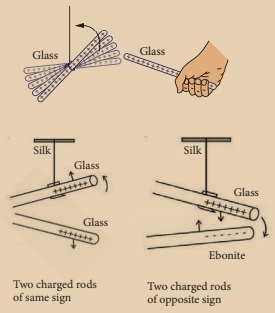 Thus, we can say that charges can be transferred to an object by bringing it in contact with a charged body. This method of transferring charges from one body to other body is called transfer by conduction. 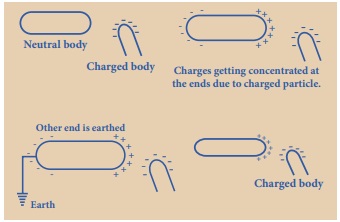