Explain in brief about the step response of series RC circuits.

Consider series RC circuit as shown in fig. The switch k is in open state initially. There is no charge on condenser and A0 voltage across it. At instant t = 0, switch k is closed. 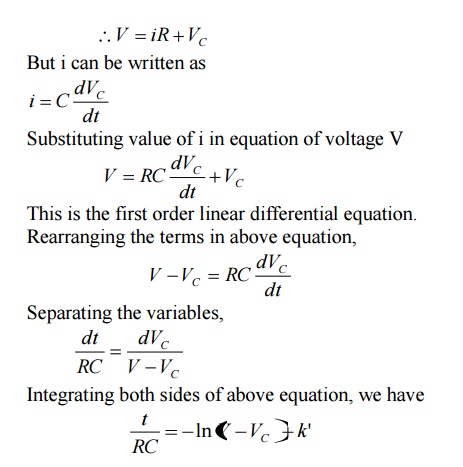 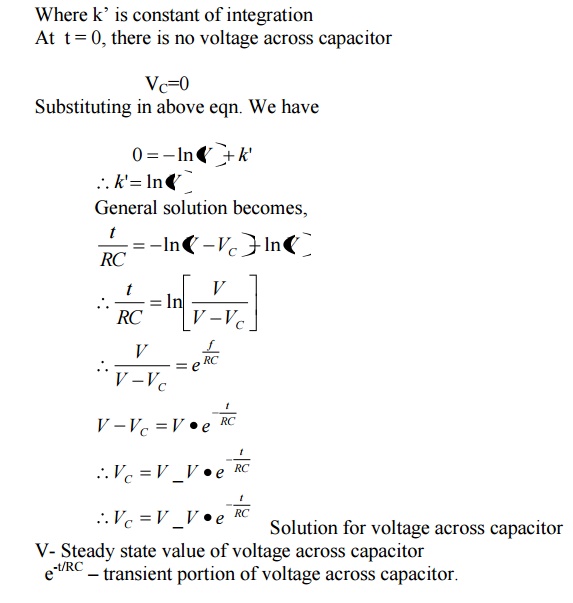 When the steady state is achieved, total charge on the capacitor is Q coulombs. 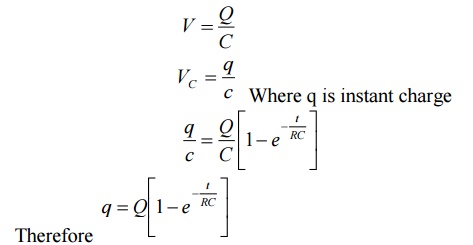 The variation of voltage across capacitor and charging with respect to time is shown in fig. 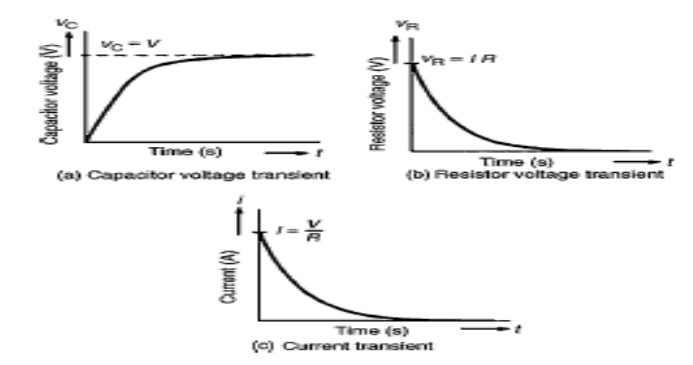 So time constant of series RC circuit is defined as time required by capacitor voltage to rise from zero to 0.632 of its final steady state value during charging.

Thus, time constant of RC circuit can be defined as time in seconds, during which the voltage across capacitor would reach its final steady state value of its rate of change was maintained constant at its initial value throughout charging period.