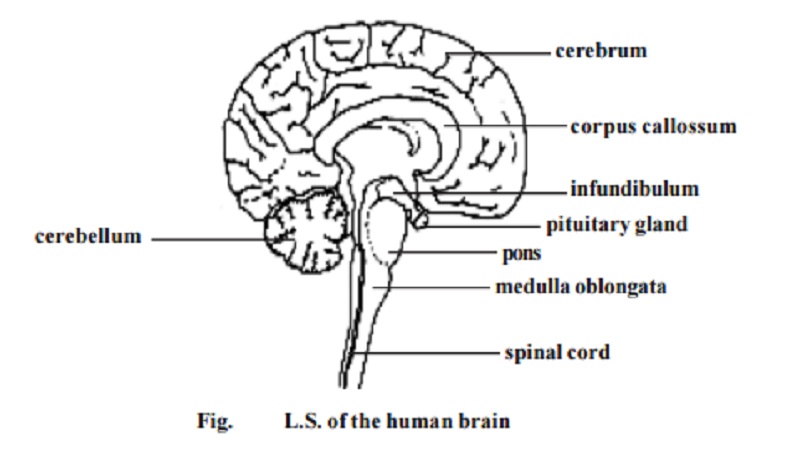 A complete understanding of the human nervous system remains a challenge. Several billion cells remain associated with this system. The vary-ing functions of these cells and the nervous system are responsible for human behaviour and activities. Hence, scientists from different fields collectively are interested in understanding the functioning of this system.

A complete understanding of the human nervous system remains a challenge. Several billion cells remain associated with this system. The vary-ing functions of these cells and the nervous system are responsible for human behaviour and activities. Hence, scientists from different fields collectively are interested in understanding the functioning of this system. Studies on brain and other related structures began several years ago. Even to-day thousands of scientists are involved in researches for knowing the structure and func-tioning of the brain. For a thorough knowledge of this system, further works in anatomy, physiology, molecular,biology, psychology, medicine and other related fields are needed.

Basically the nervous system is formed of nerve cells or neurons. Neurons are responsible for transmission of impulses. They also help in realising, analysing and storing messages. They can stimulate muscles to work. The network of interconnected neurons in the nerves, brain and spinal cord have highly complicated methods of functioning.

A neuron has a basic cell structure called the cyton. The projections of the cyton are the dendrites and the dendrons. The inter communicating long projection is the axon. There are variations in the shape of the cyton, number of dendrons and nature of axon.

A neuron is interconnected with the dendrite of the neighbouring neu-ron through the endplate of the axon. Such specialized connections are called as synapses. In the terminal regions of the effector nerves the axon of the nerve cells are in contact with the muscle tissue. These joints are named as neuro - muscular junctions.

The structure of a peripheral nerve

A nerve is made up of several nerve fibres. A nerve fibre contains axons with their coverings called schwann cells. The fibres are grouped intofasciculi. The number and pattern of fasciculi vary in different nerves. Thus a nerve trunk possesses many such fasciculi. Such a trunk is surrounded by anepineuruium. The individual fasciculi are enclosed by a multilayered perineu-rium. The perineurium surrounds the endoneurium or intra fascicular con-nective tissue.

In a peripheral nerve the epineurium constitutes 30 -70 % of the total cross sectional area of the nerve bundle. The thickness is more when there are more fasciculi. A layer of fat in the epineurium provides a 'cushion' effect to the nerve.

The fasciculi of the nerve are supplied blood by vasa nervosum. These minute blood vessels radiate upto the endoneurium.

The organs of the nervous system are continuous in nature. However, for study purposes it can be divided into systems and organs.

The nerves in this system transmit impulses from the C N S to smooth muscles, cardiac muscles and glands. It is also called the involuntary ner-vous system. It is subdivided into sympathetic and parasympathetic divisions.

Spinal cord - The spinal cord extends from the foramen magnum to the level of the second lumbar vertebra. It is considerably shorter than the vertebral

The entire CNS remains as a hollow tube. The tube inside the adult brain forms ventricles.

Each cerebral hemisphere contains a large cavity called the lateral ventricle. It corresponds to the hypothetical first and second ventricles. The two lateral ventricles communicate with the third ventricle located in the centre of the diencephalon . This connection is made through two interventricular foramina (foramen of Monro). The third ventricle inturn opens into the fourth ventricle found inside the medulla oblongata. This communication happens through a narrow canal called the cerebral aqueduct (aqueduct of sylvius). The fourth ventricle is continuous with the central canal of the spinal cord. The central canal extends nearly to the full length of the cord.

This fluid fills the ventricles of the brain and the central canal of the spinal cord. About 80-90 % of CSF is produced by specialized cells called ependymal cells within the lateral ventricles. Remaining 10-12 % is pro-duced by similar cells in the 3rd and 4th ventricles. These ependymal cells, their supportive tissue and the associated blood vessels together are called choroid plexuses. The plexuses are formed by invagination of the vascular piamater into the ventricles.