The pons shows a convex anterior surface, marked by prominent transversely running fibres. Laterally, these fibres collect to form a bundle, the middle cerebellar peduncle. The trigeminal nerve emerges from the anterior surface, and the point of its emergence is taken as a landmark to define the plane of junction between the pons and the middle cerebellar peduncle. The anterior surface of the pons is marked, in the midline, by a shallow groove, the sulcus basilaris, which lodges the basilar artery. The line of junction between the pons and the medulla is marked by a groove through which a number of cranial nerves emerge. The abducent nerve emerges from just above the pyramid and runs upwards in close relation to the anterior surface of the pons. The facial and vestibulo-cochlear nerves emerge from the interval between the olive and the pons. The posterior aspect of the pons forms the upper part of the floor of the fourth ventricle.

On either side of the lower part of the pons there is a region called the cerebello-pontine angle. This region lies near the lateral aperture of the fourth ventricle. The facial, vestibulo-cochlear and glossopharyngeal nerves, the nervus intermedius, and sometimes the labyrinthine arteries lie in this region. 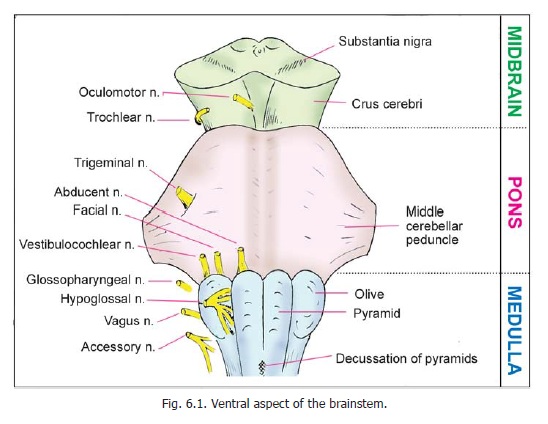 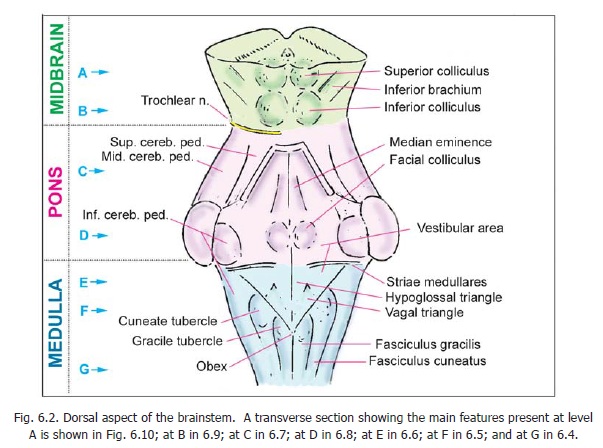 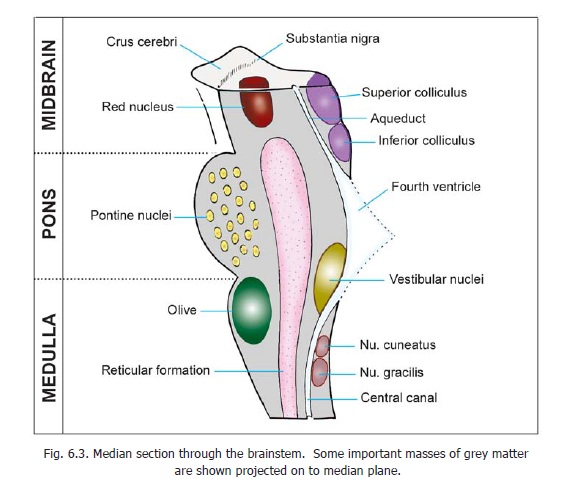