In general, the fluid moving out of the capillaries ex-ceeds that entering it from the interstitial fluid compartment.

Being large, these proteins cannot be easily removed by the capillaries, however, another mechanism—thelymphatic system—is in place to remove excessivefluid and proteins.

FUNCTIONS OF THE LYMPHATIC SYSTEM

The function of the lymphatic system is to return ex-cess fluid and protein from the interstitial fluid com-partment back into the blood circulation (see Figure 9.2). If the protein is not returned to the blood, the plasma colloid osmotic pressure will drop, and it will not be possible for fluid to stay inside the circulatory system. 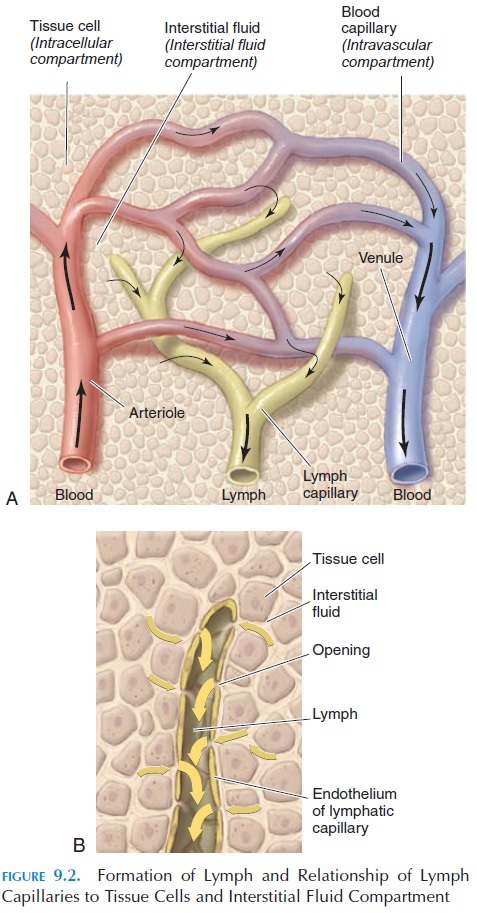 Defense is another important function of this sys-tem. Lymphoid tissue is responsible for the produc-tion, maintenance, and distribution of lymphocytes, a class of white blood cells that participates in de-fense. The white blood cells in the lymphatic system remove foreign agents that have entered the intersti-tial region.

In the intestine, lymphatics help carry fat and large particles to the liver. In the kidney, adequate lymphatic flow is required for concentrating the urine.

COMPONENTS OF THE LYMPHATIC SYSTEM