The Concept of Governance from Government to Governance

Governance is “the process of decision-making and the process by which decisions are implemented”.

The Concept of Governance from Government to Governance

Good governance is an indeterminate term used in the international development literature to describe how public institutions conduct public affairs and manage public resources. Governance is “the process of decision-making and the process by which decisions are implemented”. 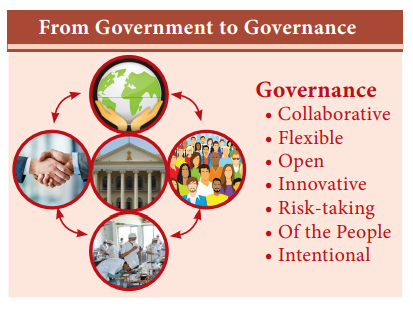 “Government” and “governance” are synonyms, both denoting the exercise of authority in an organization, institution or state. Government and governance became distinguished along the following dimensions:

c.            What processes have made this redefinition necessary?

Governance is the exercise of political, economic and administrative authority to manage a nation’s affairs…Governance embraces all of the methods – good and bad– that societies use to distribute power and manage public sources and problems (UNDP, 1997):

Governance is the manner in which power is exercised in the management of a country’s social and economic resources for development (ADB, 2000)

The movement from government to governance is not merely a task of creating new institutions but also that of refurbishing old ones. The state has to be strengthened to play a new role. It is also for the civil society to accept that democracy is not going to polls every five years but being vigilant and monitoring institutional performance and holding them accountable throughout these years.

In the shift of government to governance the role of civil society has been very significant. There have been two kinds of strands in this role,

Social Movements which works for the cause of poor and marginalized do influence the governments to be responsive to their needs through changes in institutions, laws and procedures.

NGO’s have taken up diverse roles that also involve implementation of government programmes. 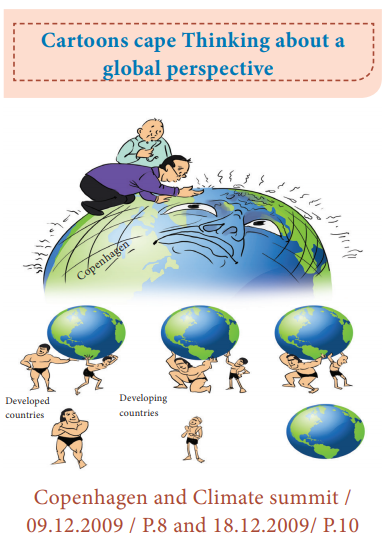 A second group of developing countries, including China and Africa nations, are committed to launching the transition in 2024. A reduction of 10 percent compared with 2020-2022 levels should achieved by 2029, to be extended to 80 percent by 2045.

In a major step toward curbing global warming, envoys from nearly 200 nations reached and agreement on Saturday to phase out potent greenhouse gases used in refrigerators and air conditioners. Under the amendment to the 1987 Montreal Protocol on protecting the ozone layer, rich countries are to take action sooner than developing nations.

But some representatives voiced regret that countries such as India, Pakistan, and Gulf nations would begin the transition later than others. “It may not be entirely what the islands wanted, but it is a good agreement,” said a representative of the tiny pacific nation of the Marshall Islands. The elimination of HFCs could reduce global warming by 0.5 degrees by 2100, according to a 2015 study.

However, swapping HFCs for alternatives such as ammonia, water or gases called hydroflurolefins could prove costly for develop countries with sweltering summer temperatures, such as India. “There are issues of cost, there are issues of technology, there are issues of finances,” said Ajay Narayan Jha of India’s environment and climate change ministry before deal was announced. “We would like to emphasize that any agreement will have to be flexible from one side and not from the other,” he had said.

HFCs’ predecessors, chlorofluorocarbons (CFCs), were discontinued under the Montreal Protocol when scientists realized they were destroying the ozone layer. But it emerged that HFCs, while safe for the now healing ozone, are thousands of times worse for trapping heat than carbon dioxide, the main greenhouse gas.

Thinking about a global perspective

A global perspective asks you to think beyond yourself, your family, your school, your community, your village, your district, your state or country where you are living. Issues that are in the news are after global in nature for ex., environmental issue.

Often, a global issue or problem demands a global solution. It would not be possible to solve the global problem of climate change with a local solution, even though local courses of action might be taken to help towards a global solution. For the problem of climate change, for ex., a local course of action might be creating awareness through street play or exhibition or human chain or a poster campaign aimed at encouraging people think globally and act locally.

All men and women should have a voice in decision-making, either directly or through legitimate intermediate institutions that represent their interests. Such broad participation is built on freedom of association and speech, as well as capacities to participate constructively.

Legal frameworks should be fair and enforced impartially, particularly the laws on human rights.

Transparency is built on the free flow of information. Processes, institutions and information are directly accessible to those concerned with them, and enough information is provided to understand and monitor them.

Institutions and processes try to serve all stakeholders.

Good governance mediates differing interests to reach a broad consensus on what is in the best interests of the group and, where possible, on policies and procedures.

All men and women have opportunities to improve or maintain their well-being.

Processes and institutions produce results that meet needs while making the best use of resources.

Decision-makers in government, the private sector and civil society organizations are accountable to the public, as well as to institutional stakeholders. This accountability differs depending on the organizations and whether the decision is internal or external to an organization.

Leaders and the public have a broad and long-term perspective on good governance and human development, along with a sense of what is needed for such development. There is also an understanding of the historical, cultural and social complexities in which that perspective is grounded.