Meaning, Definition and Nature of Government

Government refers to the executive functions of the state.

Meaning, Definition and Nature of Government

Government refers to the executive functions of the state. It denotes a body having authority to make and enforce laws applicable to the civil, corporate, religious, academic or other groups.

The term Government is derived from an old French word “governor”, derived from Latin word “gubernare” which means to direct, rule, guide, govern.

Which is the oldest form of government?

Monarchy is the oldest form of government in the United Kingdom. In a monarchy, a king or queen is the Head of State. The British monarchy is known as a constitutional monarchy. This means that, while The Sovereign is Head of State, the ability to make and pass legislation resides with an elected Parliament.

Aristotle identified a combination of two criteria to classify the constitution that he analysed.

Number of People having Power – One, Few, Many; Thus he distinguished between Monarchy, Aristocracy and Polity

To whose interest the Government works for – Working in General Interest, Working in Personal Interest. The respective perverted forms of the three types are Tyranny, Oligarchy and Democracy 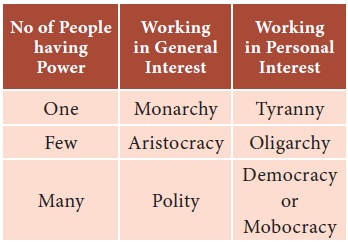 “Every activity of individuals from ‘Womb to tomb’ is regulated and controlled by the State agencies.” 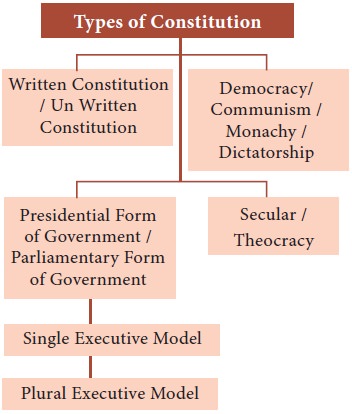