China has two major rivers. One is known as Huang He (Yellow River) and the other is called Yangtze River.

China has two major rivers. One is known as Huang He (Yellow River) and the other is called Yangtze River. The Yellow River is known as the Sorrow of China, since it changed its course and caused frequent floods. 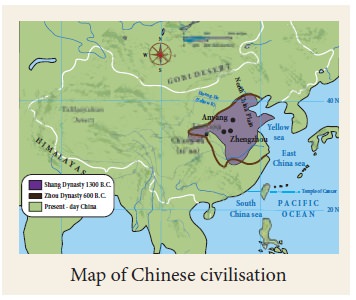 and Yuanmou Man exists in China. Neolithic communities lived in China between 4500 and 3750 BCE. The Henan province in the Yellow and Yangtze river valley contain evidence for Neolithic villages. China had many city states and gradually these states became part of an empire.

Shi Huangdi (Qin Shi Huang, which means the first emperor) founded the Qin (Chin) dynasty. The emperor had the title ‘son of heaven’. He is considered to be the first emperor of China. The period between 221 and 206 BCE is known as the imperial era in China. He conquered other 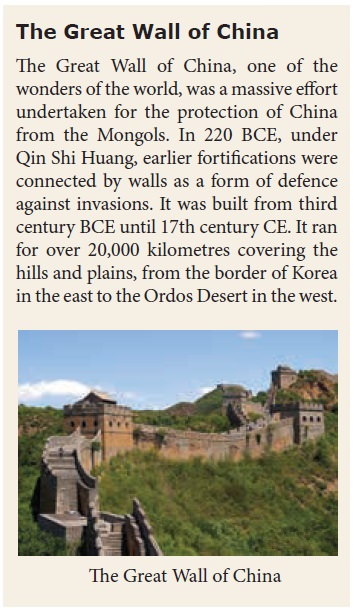 principalities in 221 BCE and remained the emperor till 212 BCE. He defeated the feudal lords and established a strong empire. He is credited with unifying China. Shi Huangdi destroyed the walled fortifications of different states and constructed the Great Wall of China to protect the empire from the invading nomadic people. He also built roads to integrate the empire.

During this period, a written history of this empire was made available in China. The greatest of the Han emperors, Wu Ti (Han Wu the Great, 141 to 87 BCE), expanded the empire and built many public amenities, including irrigation tanks. He sent Zhang Qian as emissary to the West in 138 BCE and thereby paved the way for the opening of the Silk Road in 130 BCE to encourage trade activities. 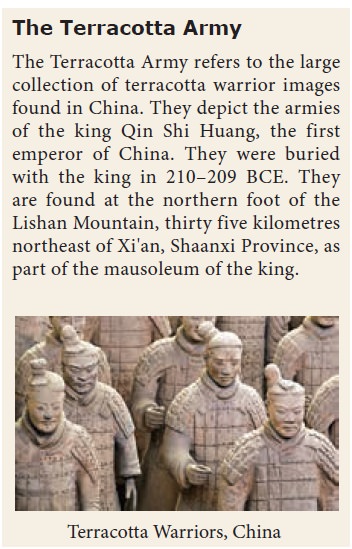 Because of the Silk Road and the resultant trade connections, China benefitted immensely during the rule of Emperor Zhang (75–88 CE) . Chinese silk was much sought after by the Romans during the time of the Roman emperor Marcus Aurelius in 166 CE. Some of the Chinese silk might have reached Rome through the ports of Tamilagam.

Chinese poets and philosophers such as Lao Tze, Confucius, Mencius, Mo Ti (Mot Zu) and Tao Chien (365-427 CE) contributed to the development of C hines e civilisation. Sun Tzu, a military strategist, wrote the work called Art of War. The Spring and Autumn Annals is the official chronicle of the state at the time. The Yellow Emperor’s Canon of Medicine is considered China’s earliest written book on medicine. It was codified during the time of Han Dynasty. 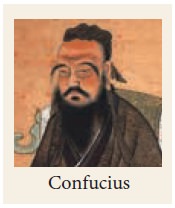 Lao Tze (c. 604–521 BCE) was the master archive keeper of Chou state. He was the founder of Taoism. He argued that desire is the root cause of all evils.

Mencius (372–289 BCE) was another well-known Chinese philosopher. He travelled throughout China and offered his counsel to the rulers.

Chinese developed a writing system from an early time. Initially it was a pictographic system and later it was converted into a symbol form. 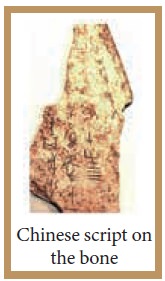 Contribution of the Chinese Civilisation