Civilisation is seen as an advanced, organised way of life.

Civilisation is seen as an advanced, organised way of life. It instilled a way of life that could be considered as an adaptation to particular environmental and cultural contexts. When it became necessary for large numbers of people to live in close proximity, they brought in planning, organisation and specialisation. Settlements were planned and laid out, a polity emerged, society became organised and food production and craft production were regulated. As civilisations began to take shape, huge buildings were built, the art of writing developed and science and technology contributed to the betterment of society.

The surplus food production by the farmers in the fertile regions supported the livelihood of a large number of people. The people who did not cultivate crops engaged in artisanal activities such as making of bronze tools, ornaments and pottery. Priests, scribes, nobles, rulers, administrators and craft persons became part of this civilisation. 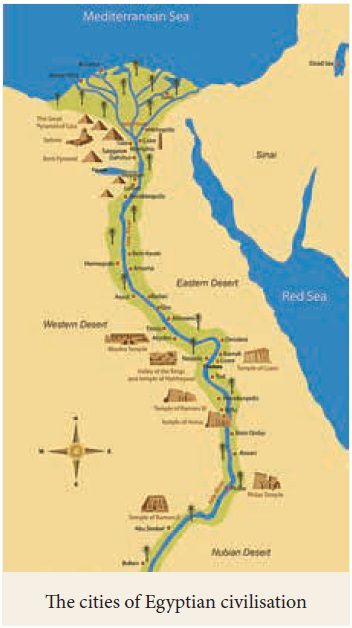