In the maximum mode, the 8086 is operated by strapping the MN/MX* pin to ground. In this mode, the processor derives the status signals S2*, S1* and S0*.

The basic functions of the bus controller chip IC8288, is to derive control signals like RD* and WR* (for memory and I/O devices), DEN*, DT/R*, ALE, etc. using the information made available by the processor on the status lines. The bus controller chip has input lines S2*, S1* and S0* and CLK. These inputs to 8288 are driven by the CPU. It derives the outputs ALE, DEN*, DT/R*, MWTC*, AMWC*, IORC*, IOWC* and AIOWC*. The AEN*, IOB and CEN pins are especially useful for multiprocessor systems. AEN* and IOB are generally grounded. CEN pin is usually tied to +5V. 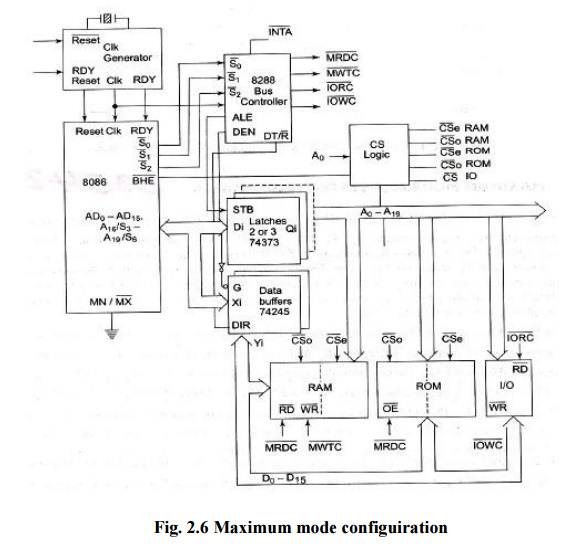 The significance of the MCE/PDEN* output depends upon the status of the IOB pin. If IOB is grounded, it acts as master cascade enable to control cascaded 8259A; else it acts as peripheral data enable used in the multiple bus configurations.

INTA* pin is used to issue two interrupt acknowledge pulses to the interrupt controller or to an interrupting device.

For both of these write command signals, the advanced signals namely AIOWC* and AMWTC* are available. They also serve the same purpose, but are activated one clock cycle earlier than the IOWC* and MWTC* signals, respectively. The maximum mode system is shown in fig. 2.1.

The maximum mode system timing diagrams are also divided in two portions as read (input) and write (output) timing diagrams. The address/data and address/status timings are similar to the minimum mode. ALE is asserted in T1, just like minimum mode. The only difference lies in the status signals used and the available control and advanced command signals. The fig. 1.2 shows the maximum mode timings for the read operation while the fig. 1.3 shows the same for the write operation. 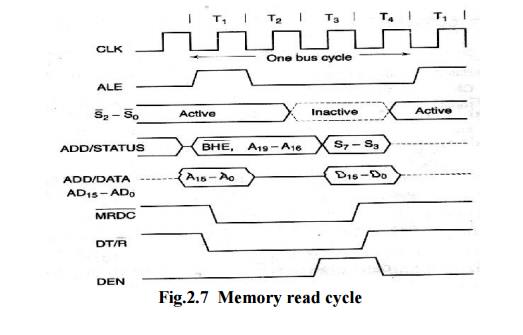 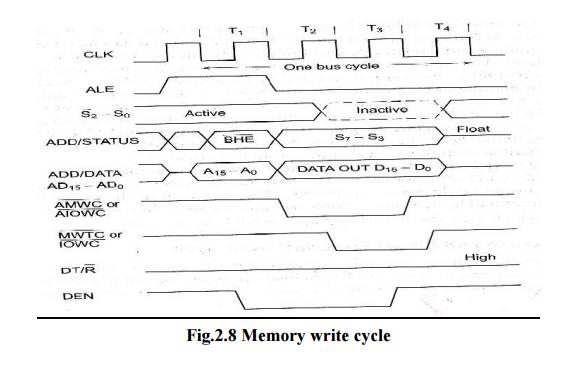