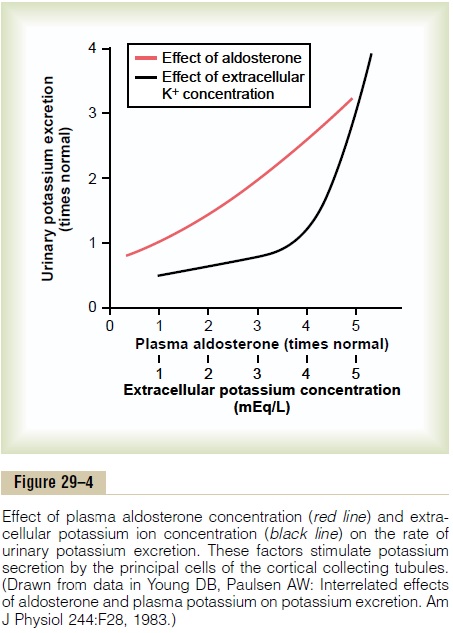 Aldosterone Stimulates Potassium Secretion. We discuss the fact that aldosterone stimulates active reabsorption of sodium ions by the principal cells of the late distal tubules and collecting ducts. This effect is mediated through a sodium-potassium ATPase pump that transports sodium outward through the basolateral membrane of the cell and into the blood at the same time that it pumps potassium into the cell. Thus, aldosterone also has a powerful effect to control the rate at which the principal cells secrete potassium. 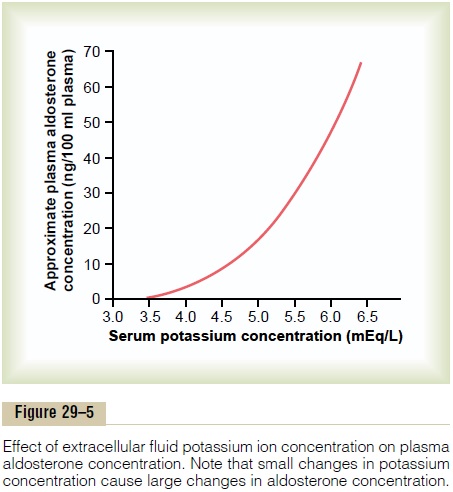 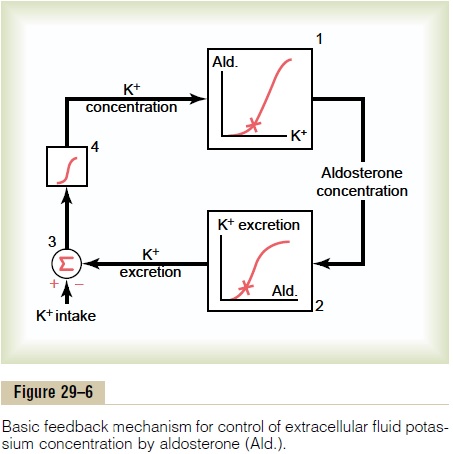 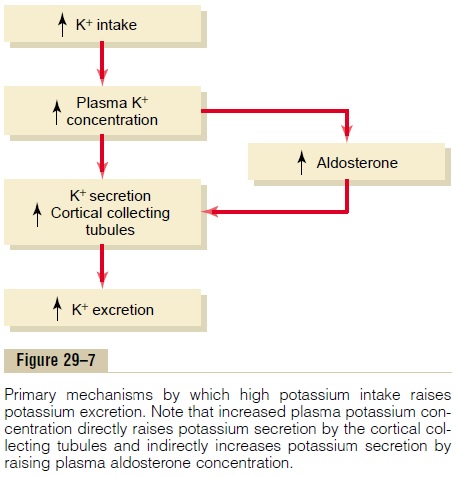 The special quantitative importance of the aldos-terone feedback system in controlling potassium con-centration is shown in Figure 29–8. In this experiment, potassium intake was increased almost sevenfold in dogs under two conditions: (1) under normal condi-tions and (2) after the aldosterone feedback system had been blocked by removing the adrenal glands and placing the animals on a fixed rate of aldosterone infu-sion so that plasma aldosterone concentration could neither increase nor decrease. 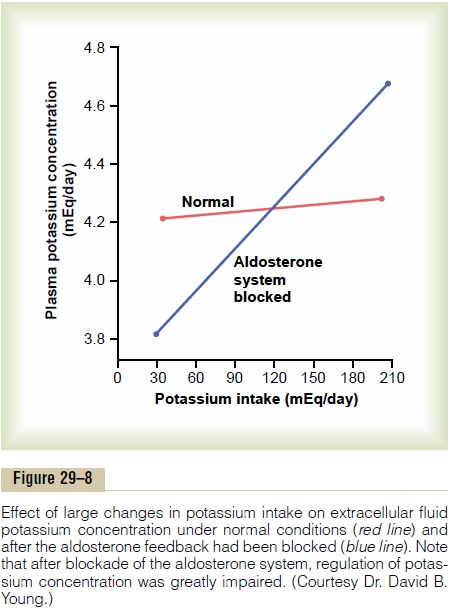 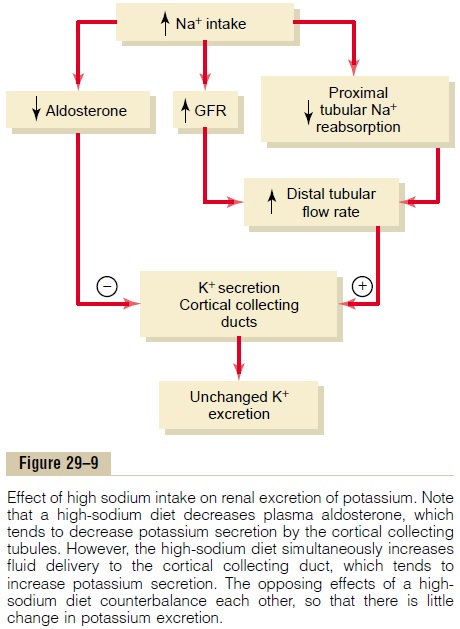 With more prolonged acidosis, lasting over a period of several days, there is an increase in urinary potassium excretion. The mechanism for this effect is due in part to an effect of chronic acidosis to inhibit proximal tubular sodium chloride and water reabsorption, which increases distal volume delivery, thereby stimulating the secretion of potassium. This effect overrides the inhibitory effect of hydrogen ions on the sodium-potassium ATPase pump. Thus, chronic acidosis leads to a loss of potassium, whereas acute acidosis leads to decreased potassium excretion.