Every state in India has a State Human Rights Commission established in accordance with the power conferred on the state under section 21of the Protection of Human Rights Act, 1993. 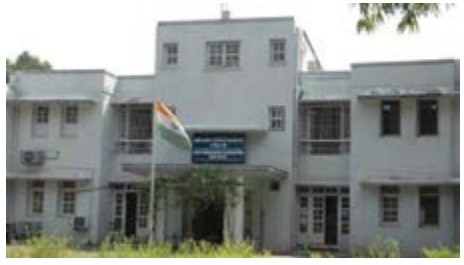 Every state in India has a State Human Rights Commission established in accordance with the power conferred on the state under section 21of the Protection of Human Rights Act, 1993. The protection and promotion of human rights constitute the principal concern of the Commission. Moreover, the procedures adopted by the Commission to conduct its proceedings, the suo motu actions taken on complaints regardless of the sources received and the transparency of the proceedings of the SHRC add strength to its functioning in a state.

·               The SHRC shall enquire into violation of human rights in respect of matters specified in the state and concurrent lists.

Apart from the fundamental rights described by the Constitution, we have to ensure certain other rights.

A child is a person who has not completed the age of 18 years i.e. a minor as per UNO. This principle is exhibited in Articles 25 of the Universal Declaration of Human Rights. Based on these principles, the declaration of the Rights of the child was accepted and adopted in the UN General Assembly on 20th November, 1989.

A child has the right to live a normal childhood in a family environment. Children who have been left destitute, abandoned or orphaned also have the right to live. These children can be given for adoption to caring families.

Children should get financial support from the country when their parents or guardians are unable to provide them with a good standard of living by themselves, due to any illness, disability or old age.

Right to Education Act is an Act of the Parliament of India enacted in 2009 for free and compulsory education for children from 6 to 14 years of age as under Article 21A of the Constitution.

"I loved school. But everything changed when the fundamentalist took control of our town in Swat Valley. 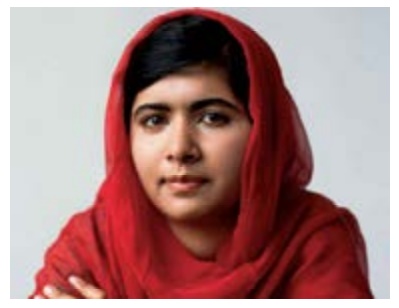 They said girls could no longer go to school. I spoke out publicly on behalf of girls and our right to learn. And this made me a target.

In October 2012, on my way home from school, a masked gunman boarded my school bus and asked, “Who is Malala?” He shot me on the left side of my head.  I woke up 10 days later in a hospital in Birmingham, England. After months of surgeries and rehabilitation, I joined my family in our new home in the U.K.  I determined to continue my fight until every girl could go to school.

Every day I fight to ensure all girls receive 12 years of free, safe, quality education. With more than 130 million girls out of school today, there is more work to be done. I hope you will join my fight for education and equality. Together, we can create a world where all girls can learn and lead.

If you were Malala, what would you have done?

Are girl children treated and given education equally?

Children should be treated as individuals with fundamental human rights. Children are vulnerable. There are root causes such as poverty, gender discrimination, broken families etc., behind the sale or trafficking of children. 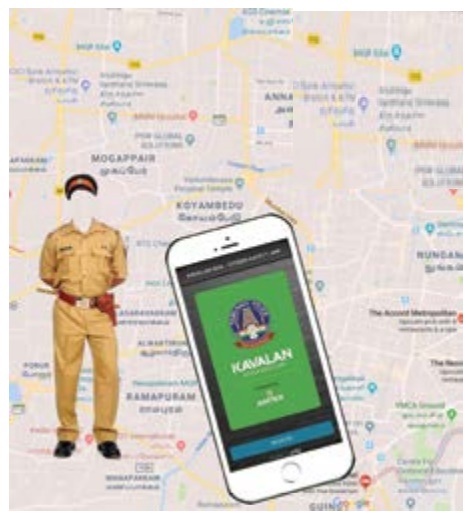 The state should protect children from sexual exploitation and abuse, when they are forced or persuaded to take part in sexual activities physically or mentally.

Children are often employed in several industries. These children are deprived of their childhood, health and education. This will lead to a life of poverty and want. These children are made to work in glass, match-box, lock-making factories, rag-picking, carpet – making industry, beedi - rolling, mining, stone quarrying, brick kilns and tea gardens etc.

Work is mostly gender – specific, with girls performing more home – based work, while boys are employed as waged labour. Since these children work in agricultural fields, restaurants, motor repair workshops and home – based industries, elimination of child labour remains a challenge. 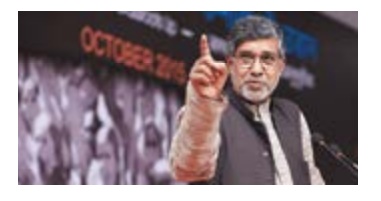 The findings of an international survey reveals that children with disabilities are 3.4% more sexually abused than normal children.

Child Rights in the Indian Constitution

Article 24 – No child below the age of 14 must be employed in hazardous employment. Article 45 – Free and compulsory education for all children until they attain the age of 14 years. 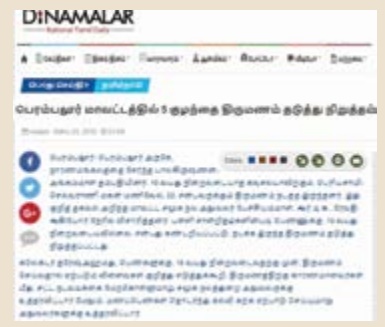 The National Commission for Women (NCW) is constituted in India to review the Constitutional and legal safeguards for women, recommends remedial measures and advises the government on all matters of policy affecting the welfare and development of women in the country.

In modern India, women have held high offices including that of the President, Prime Minister, Speaker of the Lok Sabha, Leader of the Opposition, Union Ministers, Chief Ministers and Governors.

The Central Government amended the Hindu Succession Act in 2005. By this amendment, women are now given equal shares in inheritance of the undivided property.

Women's rights under the Constitution of India mainly include equality, dignity, and freedom from discrimination; additionally, India has various statutes governing the rights of women.

The following table gives us a very clear picture of the percentage of reservation for various communities by the Government of Tamil Nadu. 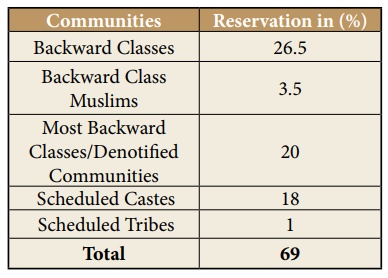 Special reservation to Arunthathiyars has been granted by preferential allotment of seats with in the seats reserved for Scheduled castes. For persons studied in Tamil medium 20% seats are offered under each category on priority basis.

In Tamil Nadu Transgenders has been classified under Most Backward Classes.

The Right to Information Act is a revolutionary act that aims to promote transparency in the government institutions in India. This act was enacted in October 2005.

A common man can demand any government organization to provide information. The information must be provided within thirty days. If not, a fee will be collected as penalty from the concerned official.

It is one of the most powerful laws of the country. This act is people friendly; even an illiterate person can ask any Public Information Officer to write it down for him. All government agencies like Municipal Corporations, Government departments, Government Schools, Road Authorities, etc., come under this Act. 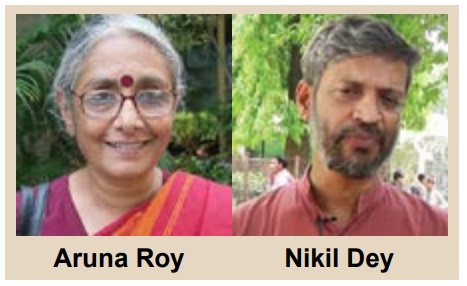 of  individuals  and  organisations  related to the country’s defence and intelligence,

such as BSF, CRPF, Intelligence Bureau are exempted from the RTI.

·               Sign the Application form with your full name and address along with the date and send it through a registered post to the office of the concerned authority.

“The rights of every man are diminished when the rights of one man are threatened” said John F. Kennedy. Civilized nations of the world insist on equality. Nations pay more attention on human rights to ensure equality. This helps in maintaining peace, harmony and development of the country. 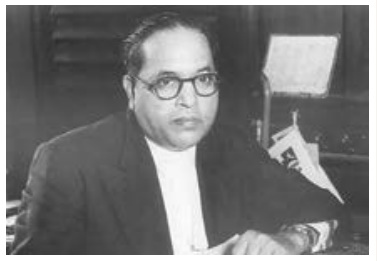