The lesson travels through the history of organisations for human rights. The rights ensured by the Universal Declaration of Human Rights being highlighted.

The lesson travels through the history of organisations for human rights. The rights ensured by the Universal Declaration of Human Rights being highlighted. Fundamental rights are enshrined in the Indian Constitution and fundamental duties incorporated in the Constitution along with the introduction to National and State Human Rights Commissions and their functions are explained. Extended rights like child rights, SC and ST rights, women rights, labour rights, etc., are also discussed.

In June 1893, while a person was on his way to Pretoria, a white man objected the person’s presence in a first class carriage and the person was ordered to move to a van compartment at the end of the train. The man who had the first-class ticket refused to leave and was thrown off the train at Pietermaritzburg. Shivering in the winter night in the waiting room of the station changed the course of his life. He took up the fight against racial oppression. The spirit for active non-violence started from that moment.

Can you guess the person? He is none other than Mahatma Gandhi. Gandhi made the momentous decision to stay on in South Africa and fight racial discrimination against the Indians there. Out of that struggle emerged his unique way of protest nonviolent Satyagraha.

What do you think about this incident? 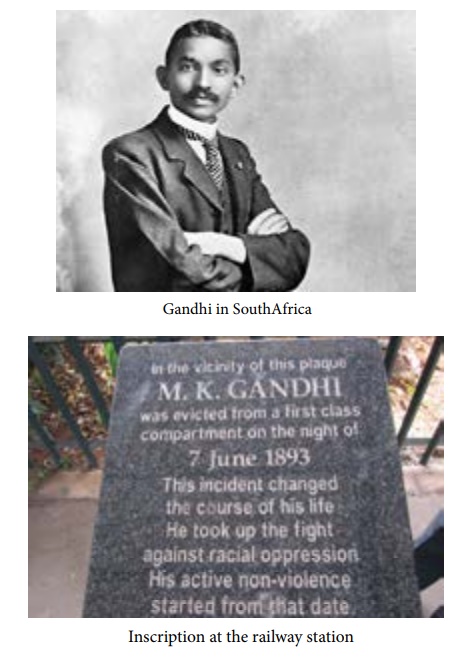 Do you think Gandhi had the right to travel in first class?

As a human being, Gandhi had all the rights to travel in the first class compartment. But he was discriminated because of his skin colour. Discrimination is not only done based on colour, it is done on the basis of race, gender, place of birth, caste, religion and so on.

Due to these discriminations, people are prohibited from enjoying their basic human rights.