The measures of central tendency serve to locate the center of the distribution, but they do not reveal how the items are spread out on either side of the center.

Absolute measure of dispersion indicates the amount of variation in a set of values in terms of units of observations.

It is defined as the positive square-root of the arithmetic mean of the square of the deviations of the given observation from their arithmetic mean.

There are two methods of calculating Standard deviation in an individual series.

a) Deviations taken from Actual mean

b) Deviation taken from Assumed mean

Where, x̅ = mean value of distribution

1. Find  out the actual mean of given data(X̅ )

4. Divided the total ∑x2 by the number of observation (∑x2/n)

5. The square root of (∑x2/n) is standard deviation. 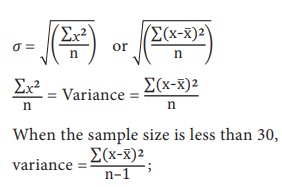 When n = number of observations. 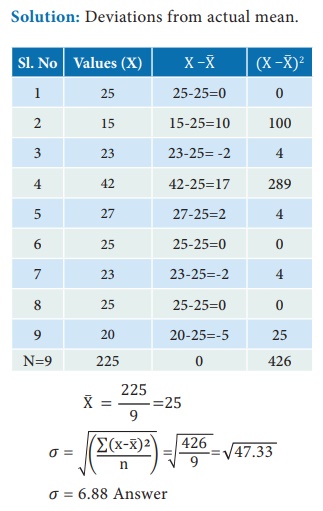 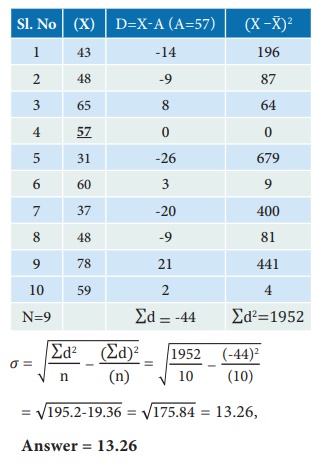