Correlation  is  a  statistical  device that helps to analyse the covariation of two or more variables. Sir Francis Galton,is  responsible for  the calculation of correlation coefficient. 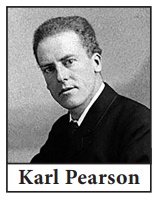 Correlation is classified in   several different ways. Three of the most important ways of classifying correlation are 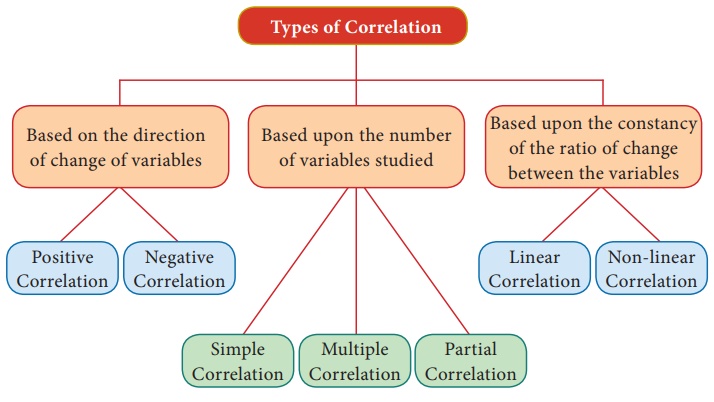 Type I: Based on the direction of change of variables

Correlation is classified into two types as Positive correlation and Negative Correlation based on the direction of change of the variables.

The correlation is said to be positive if the values of two variables move in the same direction.

Ex 1: If income and Expenditure of a Household may be increasing or decreasing simultaneously. If so, there is positive correlation. Ex. Y= a + bx

The Correlation is said to be negative when the values of variables move in the opposite directions. Ex. Y= a – bx

Ex 1: Price and demand for a commodity move in the opposite direction.

Type II: Based upon the number of variables studied.

If only two variables are taken for study then it is said to be simple correlation. Ex. Y= a + bx

If three or more than three variables are studied simultaneously, then it is termed as multiple correlation.

P is the price of the goods,

Pc is the price of competitive goods

Ps is the price of substituting goods

t is the taste and preference

y is the income.

Type III: Based upon the constancy of the ratio of change between the variables

The various methods of ascertaining whether two variables are correlated or not are:

Of these, the first two are based on the knowledge of diagram and graphs, whereas the others are mathematical methods.

Scatter diagram is a graph of observed plotted points where each point represents the values of X and Y as a coordinate. It portrays the relationship between these two variables graphically.

(1) It is very simple and non- mathematical method

(2) it is not influenced by the size of extreme item.

(3) It is the first step in resting the relationship between two variables. 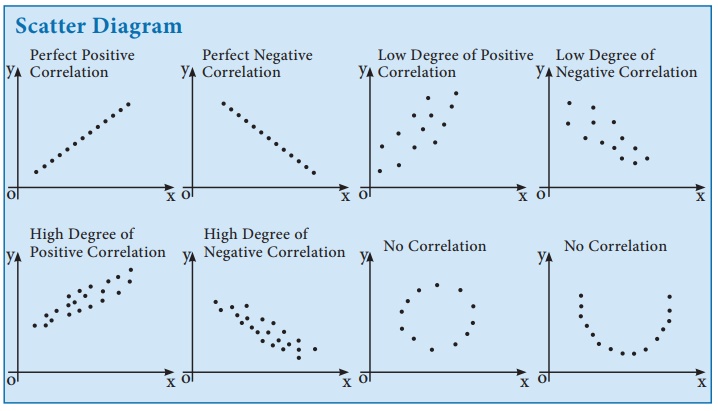 In this method, the individual values of two variables are plotted on the graph sheet and draw the curves of both the variables say x and y. If both X and Y are moving in the same direction either upward or downward, then the correlation is said to be positive. If the curves of X and Y move in the opposite direction; then the correlation is said to be negative. 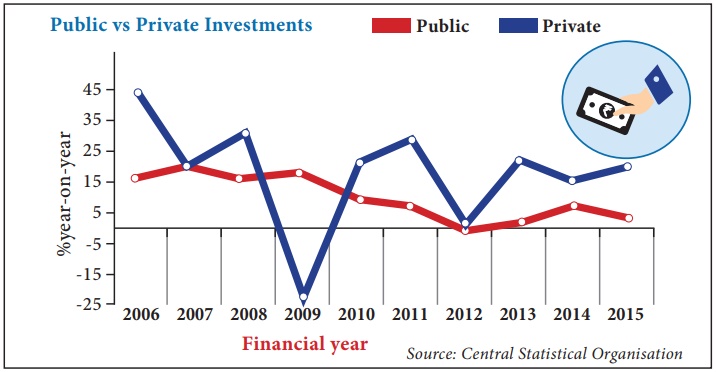 ‘r’ is calculated by Direct Method without taking deviation of terms either from actual mean or assumed mean.

2) r is calculated by taking the Deviation from actual mean.

∑dxdy =  Sum of product of the deviations x and y series from their assumed means.

Procedure for Computing the Correlation Coefficient: (For Direct and Deviation from actual mean method).

Step-2 Calculate the deviations ‘X’ and Y in two series from their respective mean.

Step-3 Square each deviations of ‘X’ and ‘Y’ then obtain the sum of the Squared deviation, That is and

Step-5 Substitute the value in the formula. 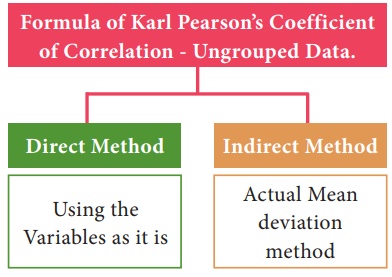 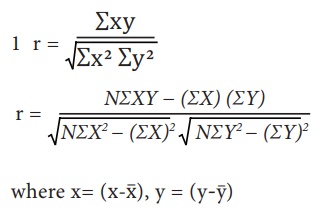 r is free from origin

Example 1: Calculate Karl Pearson’s Coefficient of correlation from the following data and interpret its value:

Solution: Let us take Price as X and supply as Y 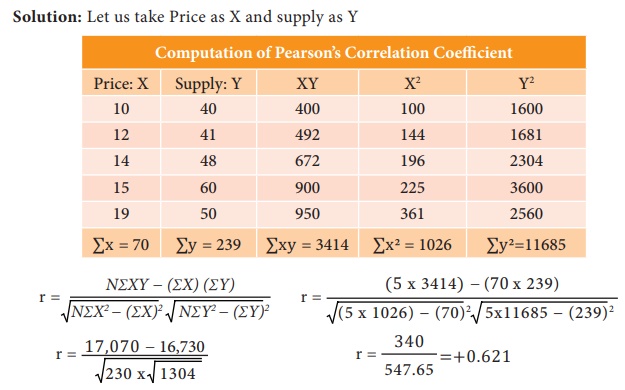 Ex-1: Estimate the coefficient of correlation with actualmean method for the following data. 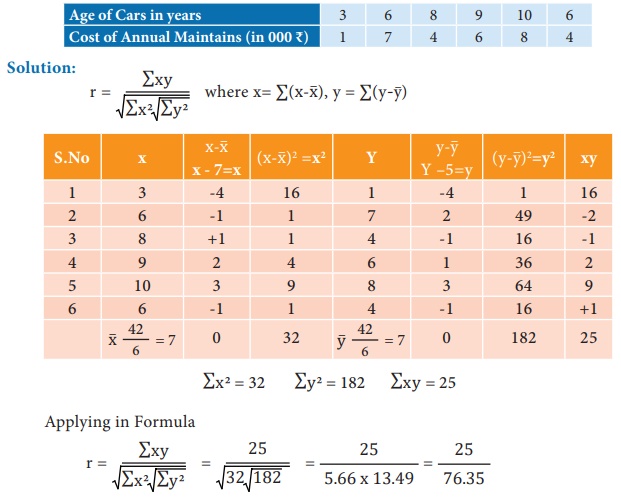 r = 0.327, The Car is getting old in years the cost of maintenance is also increasing. The age of Car and its maintenance are positively correlated.

Ex 1: Find the Karl Pearson coefficient of Correlation between X and Y from the following data: 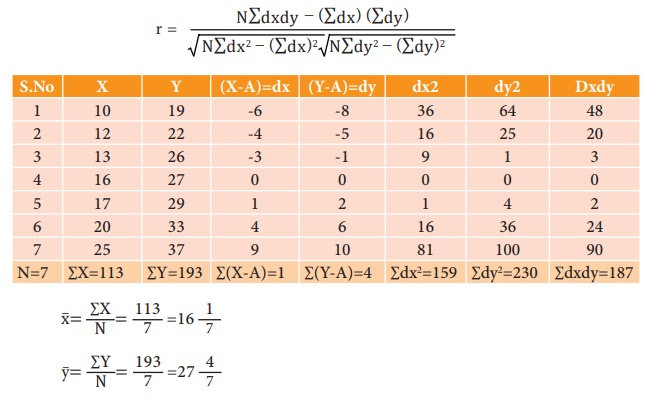 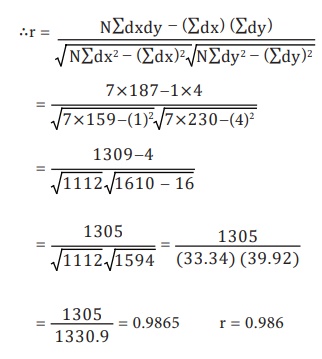 There exists a positive high correlation between X and Y