Economists tried to support their ideas with facts and figures in ancient times.

Economists tried to support their ideas with facts and figures in ancient times. Irving Fisher is the first person, developed mathematical equation in the quantity theory of money with help of data. Ragnar Frisch, a Norwegian economist and statistician named the integration of three subjects such that mathematics, statistical methods and economics as Econometrics” in 1926.

Econometrics may be considered as the integration of economics, Statistics and Mathematics.

Econometrics is an amalgamation of three subjects which can be easily understood by following Venn diagram and picture representation.

In the words of Arthur S. Goldberger, “Econometrics may be defined as the social science in which the tools of economic theory, mathematics and statistical inference are applied to the analysis of economic phenomena”.

Gerhard Tinbergen points out that “Econometrics, as a result of certain outlook on the role of economics, consists of application of mathematical statistics to economic data to lend empirical support to the models constructed by mathematical economics and to obtain numerical results”.

In the words of Ragnar Frisch “The mutual penetration of quantitative econometric theory and statistical observation is the essence of econometrics”.

The general objective of Econometrics is to give empirical content to economic theory.

The specific objectives are as follows:

1.        It helps to explain the behaviour of a forthcoming period that is forecasting economic phenomena.

2.        It helps to prove the old and established relationships among the variables or between the variables

3.        It helps to establish new theories and new relationships.

4.        It helps to test the hypotheses and estimation of the parameter. 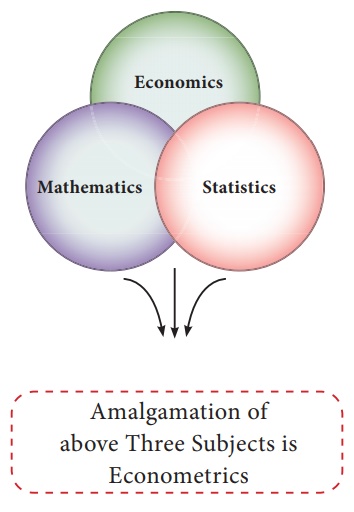 2.        Specification of the mathematical model of the theory

3.        Specification of the econometric model of the theory

5.        Estimation of the parameters of the econometric model 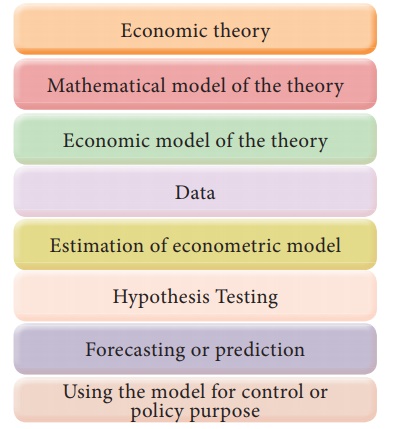 Difference between the Econometric model with Mathematical models and statistical models

Systematic Part: β0 + β1Xi or explained part and Random Part: Ui unexplained part in a regression. Ui represents the role of omitted variables in specifying a regression relationship of Y on X. Hence, the Ui cannot and should not be ignored.

Assumptions of the Linear Regression Model

The Linear regression model is based on certain assumptions

2.        Some of them refer to the relationship between Ui and the explanatory variables (x1, x2, x3 given in the above example).

3.        Some of them refer to the relationship between Ui the explanatory variables themselves.

6.        Explanatory variables are measured without error.

7.        The explanatory variables are not perfectly linearly correlated.

9.        The relationship is correctly identified and specified.