Skeletal system and its function

The skeletal system is constituted by a framework of bones and cartilages.

Skeletal system and its function

The skeletal system is constituted by a framework of bones and cartilages. It is derived from the embryonic mesoderm. Muscles are attached to the bones by means of tendons and provide the necessary force required for the bones of the skeleton to operate as levers. There are three types of skeletal systems. They are,

Hydrostatic skeleton, which is found in soft-bodied invertebrates. It is a fluid filled-cavity encircled by muscles (e.g. Earth worm).

Exoskeleton, which is found in invertebrates. It is a rigid hard case present outside the body of animals (e.g. Cockroach).

Endoskeleton, which is found inside the body of vertebrates. It is composed of bones and cartilages, surrounded by muscles. (eg. Human being). 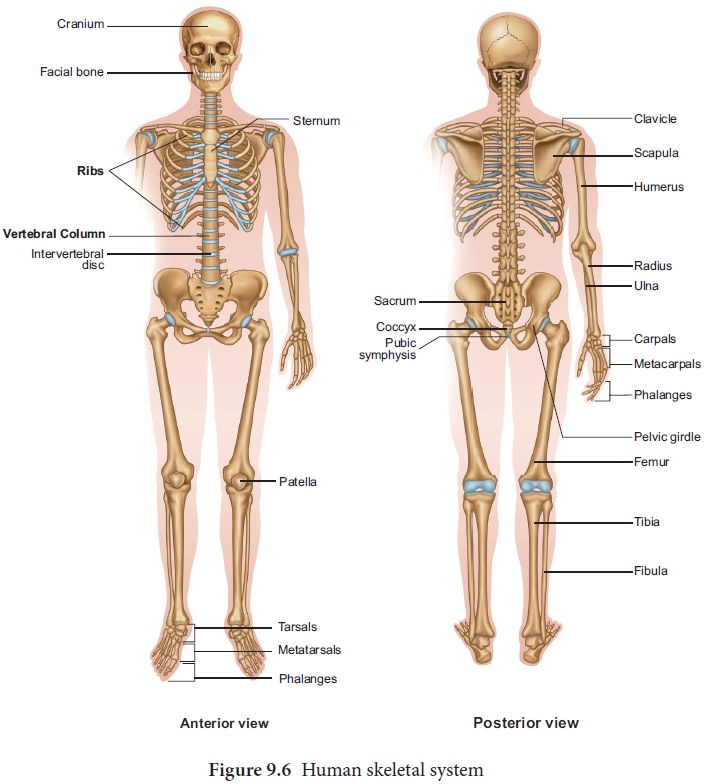 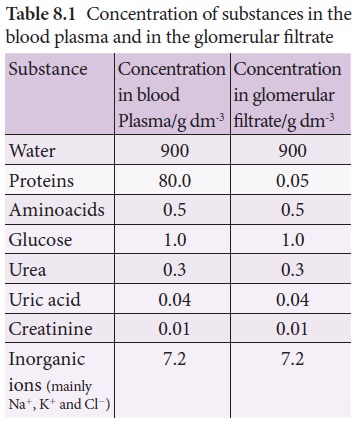 • Support –It forms a rigid framework and supports the weight of the body against gravity.

•  Shape - It provides and maintains the shape of the body.

•  Protection – It protects the delicate internal organs of the body.

• Acts as reservoir – It stores minerals such as calcium and phosphate. Fat (Triglyceride) is stored in yellow bone marrow and represents a source of stored energy for the body.

•  Locomotion – It acts as lever along with the muscles attached to it.

• Strength – It can withstand heavy weight and absorbs mechanical shock.

• As a haemopoietic tissue – Red and White blood cells are produced in the bone marrow of the ribs, spongy bones of vertebrae and extremities of long bones.