In 1929 the first Self-Respect Conference was held in Chengalpattu.

In 1929 the first Self-Respect Conference was held in Chengalpattu. In the crucial elections of 1937 the Congress party, led by C. Rajagopalachari, won majority every seats except one. The Congress party victory was largely because of the decline of Justice Party. The Congress formed the government and Rajaji became the Chief Minister of the Madras province.

Soon after assuming power the Congress government introduced Hindi as a compulsory subject in the schools.

Periyar launched anti-Hindi agitations. A large number of students have participated in the agitations organized by Periyar.

During this period, the Communist Party (formally launched in 1925) became active in campaigning for socialist programme and organized labour movements. M.Singaravelu, and their associates were impressed by the social reform programmes of the Self Respect Movement, which in turn extended support to the economic programme of the communities, and these two movements agreed to work on a common programme (Erode Plan). 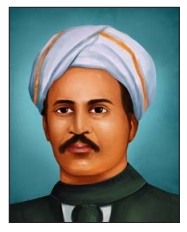 i)           Reforming Dravidian society to make it truly rational.

ii)        To teach the truth of ancient Tamil civilization to Dravidians.

iii)      Save the Dravidian society from the domination of Aryan culture.

He wanted to restore the past glory of Dravidian culture by creating social awareness among the non-Brahmins in general and particularly the youth. He advocated Self –Respect marriages, a marriage which was conducted in the absence of Brahmin priesthood, discouraged the people from performing religious ceremonies and not to employ the services of the Brahmins in any of the social events.

By 1929, the Self-Respect Movement had become a formidable movement in the Madras Presidency. In 1930’s the Justice Party began to face decline in the province. There were three major factors responsible for this decline. Firstly, the party lost its support among the Depressed sections of the society and minorities. Secondly the Self-Respect Movement, under Periyar had become more radical. Finally the elitist and pro- British outlook of Justice Party had also contributed significantly for its decline.