In order to protect and promote the Tamil identity, culture, socio-political and economic interest of non -Brahmins, a movement called ‘Dravidian Movement’ was started in Madras Presidency by a group of non – Brahmins.

In order to protect and promote the Tamil identity, culture, socio-political and economic interest of non -Brahmins, a movement called ‘Dravidian Movement’ was started in Madras Presidency by a group of non – Brahmins.

In 1801 Madras Presidency was formed by the colonial regime as a multilingual province (Tamils, Telegus, Malayalees, Kannadigas and Tulus). India’s diversity could be noticed in the political developments of the Madras Presidency. In Bengal and in the rest of North India a Sanskrit and Vedic centered Indian culture was projected, besides an Indo-Aryan or Indo-German group of languages were acknowledged. Non-Vedic, Non - Sanskrit cultures were not recognized. The deciphering of Brahmi script in 1837 by James Principe and researches on south Indian languages (Ellis in 1816 and Caldwell in 1856) came to establish that Indian culture was not homogeneous; 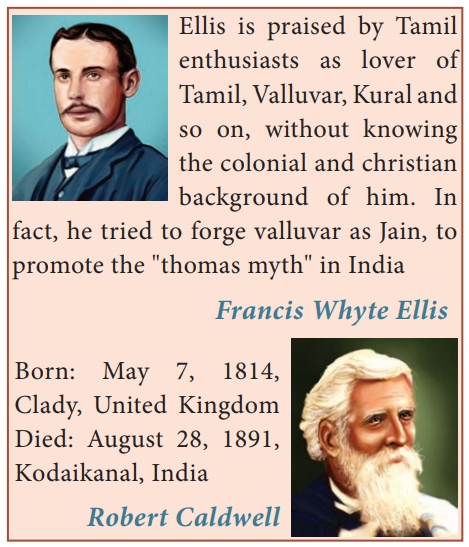 Buddhist and Dravidian traditions also existed in India. In the south, especially in the multi-lingual Madras Presidency, theories on Dravidian group of languages and Dravidian cultural heritage led to assertion of Dravidian identity among the Non-Brahmin. 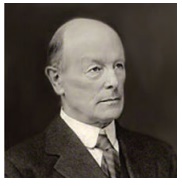 The Non-Brahmins of the Madras Presidency had a grievance that the emerging nationalist leaders paid no heed to non-brahmin issues. In 1852 Gangalu Lakshmi Narash expressed this grievance, seceded from British Indian Association and floated his own organization named Madras Native Association. In the post-mutiny period, the non-brahmin leaders undertook social reforms rather than political reforms. After the introduction of Minto-Morley reforms in 1909 the non-brahmin leaders of Madras Presidency began to protest the inadequate representations to them in education and employment. 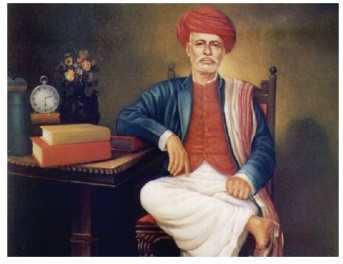 Sir Alexander Gordon Cardew, a member of Governor’s Executive Council submitted (1913) to prove that the Brahmins  who  formed  only  three percent of the population cornered most of the opportunities.