The major political organization of that time, Indian National Congress was dominated by Brahmins had refused to consider the demands of non-brahmin members.

In 1916 Dr.T.M. Nair, Pitti Theagarayar and Dr.C. Natesan founded the South Indian Liberal Federation to promote and safeguard the socio-economic political interests of the non-brahmin. This South Indian Liberal Federation (SILF) came to be popularly known as the "Justice Party" named after the English journal Justice. Through their relentless efforts they secured reservation of seats for the non-brahmin in the elections to the legislative council.

The main objectives of the Justice Party (JP)

i)   To create and promote the Educational, Social, Economic, Political and material progress of all communities other than Brahmins of South India.

ii)  To work for Non-Brahmins upliftment through Constitutional government. 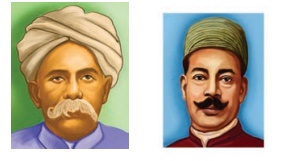