Peiyar E.V. Ramasamy considered the decision of Rajaji’s government to impose Hindi as a compulsory subject as a move to establish ‘North Indian imperialism’ and destroying the Tamil language and culture.

Peiyar E.V. Ramasamy considered the decision of Rajaji’s government to impose Hindi as a compulsory subject as a move to establish ‘North Indian imperialism’ and destroying the Tamil language and culture. Periyar, further, maintained that the imposition of Hindi was a calculated effort to sub judicate the Dravidians in order to ascertain the supremacy of the Aryans. 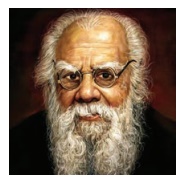 Madras Presidency has witnessed massive anti-Hindi agitations and Periyar was imprisoned by the provincial government. It is significant to note that in fifteen years he went to jail twenty- three times and got the nickname as ‘jailbird’ (Siraiparavai). In 1938, Periyar was imprisoned for his Anti-Hindi agitation and then he was elected as the president of Justice Party. In the same year, the Justice Party passed a resolution that Tamil Nadu should be made as a separate state loyal to British government and it should be under the direct control of the Secretary of State for India.

Periyar E.V.Ramaswamy who played a pioneering role in the Madras Presidency Congress, had tried his best to make the Tamilnadu Congress Committee adopt resolutions in favour of proportional representation for the non- brahmins in political arena. He gave an effective leadership to the Vaikom Sathyagraha and campaigned against caste-discrimination in the Cheranmadevi Gurukula, founded by congress.

When all his efforts failed to make congress adopt his programme, he left congress and launched the self-respect movement in 1925. He shunned electoral politics and instead campaigned for social reforms, especially for eradication of caste system, removal of indignities and gender based restrictions on women, and rejection of hereditary priesthood. The self-respect movement carried on a vigorous campaign against age old superstitious beliefs and practices in every sphere and questioned the role of religion in justifying and sustaining such irrational traditions and inequalities. The Self Respect Movement campaigned for rationalism, and against denial of dignity and equal status of individuals (including women) under the garb of tradition and religion.

The Self Respect Movement ordained its members to give up caste surname and caste-religious identities; it introduced the self -respect marriages. It fought against not only untouchability but even against the caste-system and the caste based disabilities and indignities imposed on individuals.

The Self Respect Movement propagated not merely letter treatment of women, but for equal rights, equal status an equal opportunities for women. Self Respect Movement’s role in “Women Liberation” was unparalleled and for that E.V.Ramaswamy was given the title “Periyar” in a women’s conference. Periyar’s journal ‘Kudiarasu’ ‘Revolt’ and later ‘Viduthalai’ carried on the effective propaganda of self-respect ideals. 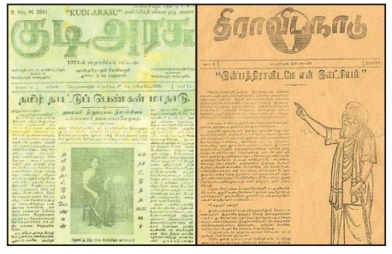