In spite of the fluctuating fortunes in the subsequent elections, the Justice party continued to hold power from 1921 to 1937.

In spite of the fluctuating fortunes in the subsequent elections, the Justice party continued to hold power from 1921 to 1937. They introduced a number of reforms. Through communal Government Order they ensured adequate number of opportunities to every category of non-brahmin communities. They removed discrimination against Sudras and Panchamas in public roads, transports, restaurants and public wells. They regulated the temple affairs through the newly constituted Hindu Religious Endowment Board, earmarked plots of land for the Panchamas (Panchami’s Land) introduced new township and industrial estates. Special efforts were taken to provide education for the children of depressed classess. For the first time they experimented with “Noon Meal Scheme” in a few schools. Knowledge of Sanskrit as the basic eligibility for medical education was removed which facilitated non-brahmin students gaining entry into medical education. On an initiative from Dr. Muthulakshmi and others, Devadasi system was abolished in Tami nadu and women were enfranchised. Co-operative societies were promoted. Mirasdari system was abolished, and a number of irrigation schemes were introduced in 1923. 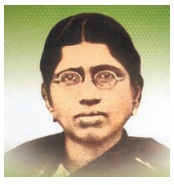 Annamalai University and Andhra University were founded during their regime.  It  was  the  Justic  Party  which provided the most successful government though they were assigned only a few departments.