Various identification methods are used in pervasive devices. One is user have to type the one which is stored in the device otherwise the user can be identified using certificates.

Various identification methods are used in pervasive devices. One is user have to type the one which is stored in the device otherwise the user can be identified using certificates.

The most common way of authenticating peers is by using user name and password. For a client server connection authentication is ensured by establishing secure socket layer. WTLS is used in WAP phones. Wireless Authentication Module (WIM) is for smart cards. SIMs will be authenticating the mobile terminal in GSM network.

The applications such as home-banking, placing orders, brokerage should authorize every individual transaction.

Digital signature ensures that the particular request or message comes from the authorized user since the user will be having the unique key from which a token will be generated and the token generates the required signature which will be passed to the server for verifying the transaction.

TAN (in blocks) is a secret number generated for legitimate users in an organization. The users have to acknowledge immediately after receiving the TAN and the user should ensure that it will be kept secret. Whenever the user contacts the server, TAN should be entered which will be compared with the stored one.

User A denying user B and user B denying user A is called non-repudiation. This can be avoided by using efficient digital signature.

A Trojan horse, or Trojan, is a non-self-replicating type of malware which gains privileged access to the operating system while appearing to perform a desirable function but instead drops a malicious payload, often including a backdoor allowing unauthorized access to the target's computer. These backdoors tend to be invisible to average users, but may cause the computer to run slow. Trojans do not attempt to inject themselves into other files like a computer virus. Trojan horses may steal information, or harm their host computer systems. Trojans may use drive-by downloads or install via online games or internet-driven applications in order to reach target computers.

WTLS is the layer that provides most of the security functionalities for WAP applications. These functionalities include client-server mutual authentication, privacy, data integrity, and non-repudiation.

WTLS and TLS: The design of WTLS is based upon TLS (Transport Layer Security) that is in turn built upon SSL (Secure Socket Layer). TLS has become de facto security protocol for ensuring end-to-end security for Internet communications. Similar to TLS, WTLS requires the client and the server negotiate and agree on a set of security parameters during the handshake before the communicate channel can be established. Once handshake succeeds, the client and the server can exchange information using the secrets known to both ends of the channel. Since WTLS resembles TLS so much, one could consider that the WTLS provides the same level of security as TLS does. However, due to the limitations of wireless communications and the modifications WTLS made to accommodate to these limitations, it has been shown that WTLS is vulnerable to a variety of known attacks such as plaintext recovery attacks and datagram truncation attacks. 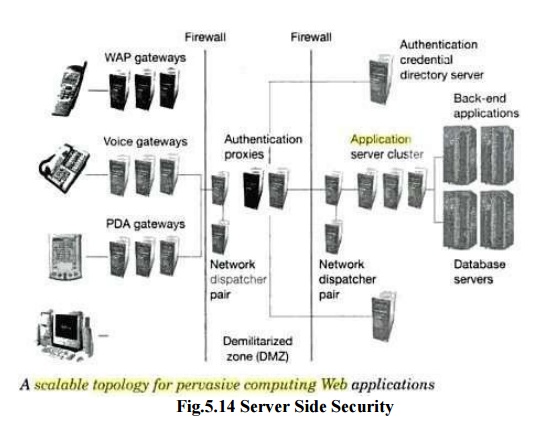 In secret key cryptography, a single key is used for both encryption and decryption. The sender uses the key (or some set of rules) to encrypt the plaintext and sends the cipher text to the receiver. The receiver applies the same key to decrypt the message and recover the plaintext. Because a single key is used for both functions, secret key cryptography is also called symmetric encryption. With this form of cryptography, it is obvious that the key must be known to both the sender and the receiver; that, in fact, is the secret. The biggest difficulty with this approach, of course, is the distribution of the key.

Public or asymmetric key cryptography involves the use of key pairs: one private key and one public key. Both are required to encrypt and decrypt a message or transmission. The private key, not to be confused with the key utilized in private key cryptography, is just that, private. It is not to be shared with anyone. The owner of the key is responsible for securing it in such a manner that it will not be lost or compromised. On the other hand, the public key is just that, public. Public key cryptography intends for public keys to be accessible to all users. In fact, this is what makes the system strong. If a person can access anyone public key easily, usually via some form of directory service, then the two parties can communicate securely and with little effort, i.e. without a prior key distribution arrangement.

DES is the archetypal block cipher — an algorithm that takes a fixed-length string of plaintext bits and transforms it through a series of complicated operations into another cipher text bit string of the same length. In the case of DES, the block size is 64 bits. DES also uses a key to customize the transformation, so that decryption can supposedly only be performed by those who know the particular key used to encrypt. The key ostensibly consists of 64 bits; however, only 56 of these are actually used by the algorithm. Eight bits are used solely for checking parity, and are thereafter discarded. Hence the effective key length is 56 bits 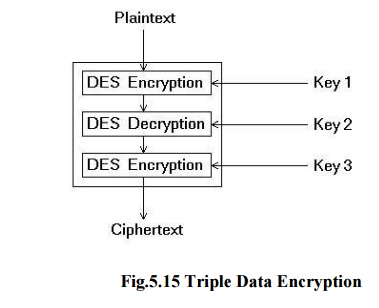 AES is based on a design principle known as a substitution-permutation network, and is fast in both software and hardware. Unlike its predecessor DES, AES does not use a Feistel network. AES is a variant of Rijndael which has a fixed block size of 128 bits, and a key size of 128, 192, or 256 bits. 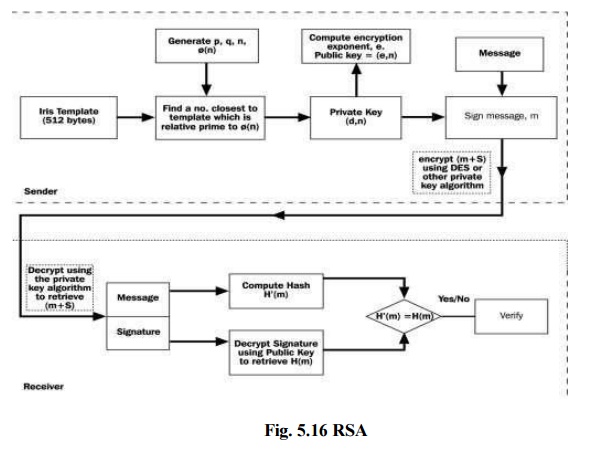 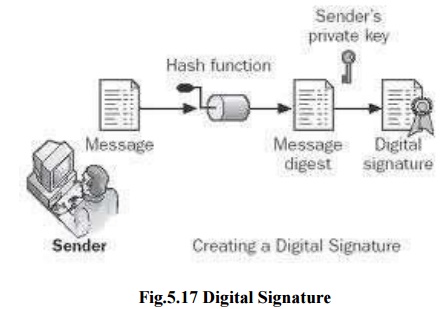 Public-key cryptography is based on the intractability of certain mathematical problems. Early public-key systems are secure assuming that it is difficult to factor a large integer composed of two or more large prime factors. For elliptic-curve-based protocols, it is assumed that finding the discrete logarithm of a random elliptic curve element with respect to a publicly known base point is infeasible. The size of the elliptic curve determines the difficulty of the problem. The primary benefit promised by ECC is a smaller key size, reducing storage and transmission requirements—i.e., that an elliptic curve group could provide the same level of security afforded by an RSA-based system with a large modulus and correspondingly larger key—e.g., a 256-bit ECC public key should provide comparable security to a 3072-bit RSA public key.

For  current cryptographic purposes,  an  elliptic curve  is  a  plane  curve which consists of the points satisfying the equation

along with a distinguished point at infinity, denoted ∞. (The coordinates here are to be chosen from a fixed finite field of characteristic not equal to 2 or 3, or the curve equation will be somewhat more complicated.)