Standardized protocols are basic requirements for pervasive computing devices.Wireless protocols supporting IP (Mobile IP) is needed for existing pervasive devices. Another issue is regarding the consistency of database and their data.

Wireless protocols are enhanced mainly for PDAs and Mobile phones. The protocols such as WAP, Bluetooth, IrDA, Object Exchange Protocol (OBEX) and other mobile phone technologies are concentrated.

WAP is a technology which mainly pronounces on rapid access to internet.

WAP is similar to HTTP and then optimized for narrow band channel.

OBEX was originally designed for IrDA later due to creation of Bluetooth it was emerged as high level protocol.

Two models- The Session Model and The Object Model.

Object Model: It contains information about the object being sent with header and

the header has name, length, descriptive text and the object body.

It is a short range communication and data exchange.

The various characteristics are

Security: Authentication based on private key and encryption.

Transmitting Capability: It is omnidirectional and range upto 10m.

Frequency Band: It is a physical transport medium.

sender and receiver. Range of communication is about 0-30 cm.

Mobile environment is in need of electromagnetic waves at frequency 1Ghz. Small antennas emit only limited power and thus mobile and cellular environment is designed as such the transmitters are placed in small grid like space where the frequency in one grid is reused in another grid which is placed far away and thus reusability is enhanced.

The grid is called as cell. Base station within the cell and the mobile station should be connected with stronger signal. 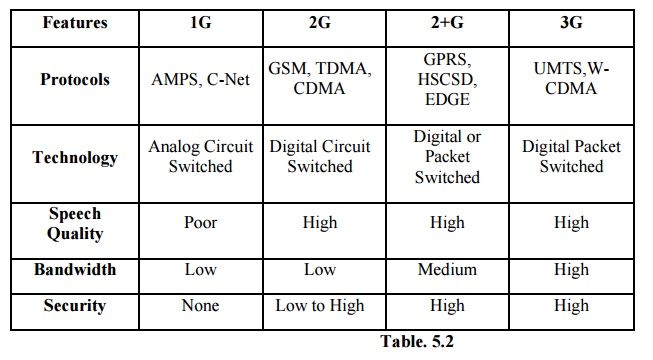 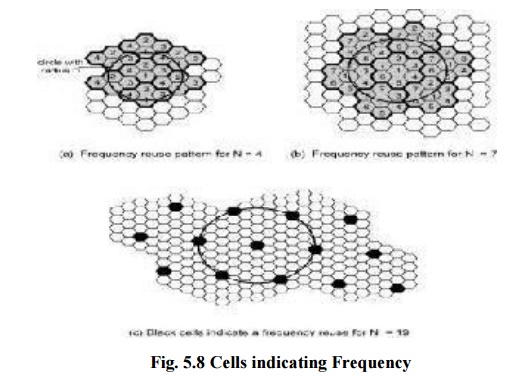 Once the mobile connection is available, the next step is to access internet and thus in mobile environment we are moving to IPv6 working on Mobile IP.

The standard protocol used to access internet is IPv4 which provides with unique address to nodes. Similar to postal addresses IP addressing is provided to each node. The data will be in the form of packets and the packet contains source address, source port, and destination address and destination port. Then in order to reach the destination, it is traversed through intermediate nodes and this is achieved by routing.

Steps to have connection to a mobile node:

IPv6 includes the features of IPv4 but the significance is address configuration and neighbour discovery. Ipv6 expects all nodes to implement strong encryption and authentication features. Supports mobility at greater extent.

Synchronization also called as replication in concern with database. For instance, if the calendar application is stored in the PC and PDAs. The updation in one device related to the application should be reflected in the other device also. Software updation also comes under the same category.

Presynchronization: Before the actual synchronization authentication (authenticates client and server), authorization (allowed to perform action) and determination of device capabilities (maximum buffer size) should be done.

Synchronization: Data exchanged here, al; local Ids are mapped with global Ids. Only updated entries are allowed to exchange. if both the partners are updating the same entry then the conflict is resolved by deleting the duplicate one. 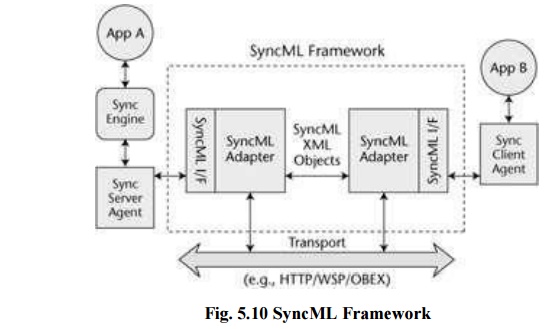 A Jini system consists of the following parts:

A set of components that provides an infrastructure for federating services in a distributed system.

A programming model that supports and encourages the production of reliable distributed services.

Services that can be made part of a federated Jini system and that offer functionality to any other member of the federation.

Discovery: finds other members in the jinni community and joins to enable networking capability.

Look-up: Search based on object type.

Leasing: Stable and self healing. Resources are only leased since each have some timestamp. 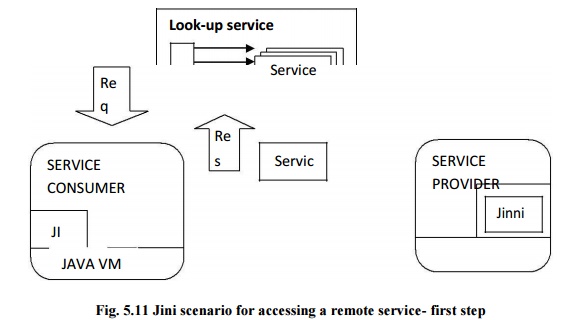 6. Message and Transaction Based Protocol:

Assured  Message  delivery  and  atomic  operation  are  the  two  different echnologies. Standards are needed in order to implement these technologies.

Message queuing is another concept which emphasis on storing of messages and as soon as the connection established, the message will be delivered. This is suitable for asynchronous network.

Topology can be build with multiple queues. One to one, one to many, many to one.