Tests performed by the pathology laboratory can assist clinicians in investigating disease.

Tests performed by the pathology laboratory can assist clinicians in investigating disease. The tests may only give a subjective assessment, such as when a pathologist assesses the types of cells obtained from a fine needle aspirate of a suspected breast tumor when investigating breast cancer. However, tests may provide quantitative information, such as the concentration of thyroid hormones in the serum, that can then be compared with a normal value. Unfortunately, the term normal is often difficult to define in clinical terms. To alleviate this problem, reference ranges have been widely adopted. Numerical reference limits are based on the mean value plus or minus two standard deviations against which test results can be compared. The uses of reference ranges are explored more thoroughly later. The term normal range is still used synonymously with reference range.

In general, the roles of laboratory tests include:

•      screening and assessment of risk;

•      the prognosis, to inform the physician and the patient of the likely outcome;

The results of laboratory investigations are used in conjunction with the patient’s clinical history and examination to determine the nature of the disease affecting the patient. Thus a low value for the concentration of glucose in the blood of a patient can confirm hypoglycemia and the clinician can start palliative treatment, even though the cause of the hypoglycemia may be unknown at this stage.

Laboratory tests may be used to monitor the course of an illness or the effects of its treatment. For example, the concentration of glycated hemoglobin in erythrocytes is measured in diabetics on a regular basis. The higher the concentration of glucose in the serum, the more readily the sugar reacts with proteins in a nonenzymic reaction to form glycated hemoglobin, in which sugar molecules are covalently attached to the protein. Thus the amount of glycated hemoglobin is an indicator of average glycemia in such patients over a period of days or months. Diabetics who are not complying with their treatment by not taking their insulin regularly or giving themselves the wrong dose, or whose treatment is ineffective, can be identified because poor control of blood glucose gives rise to higher concentrations of glycated hemoglobin than is normal or even found in well-controlled diabetics (Figure 1.14). 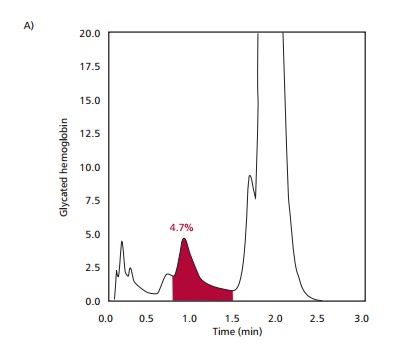 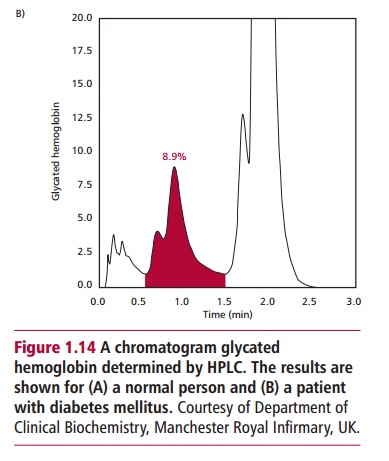 Laboratory tests may be used to detect a disease before it presents clinically. This is referred to as screening. For example, the concentration of phenylalanine in the serum of all newborn babies in the UK is measured to detect phenylketonuria  Affected children have a high concentration of serum phenylalanine (hyperphenylalaninemia) and metabolites of phenylalanine, such as phenylpyruvic acid are usually present. If untreated, this condition leads to irreversible brain damage but if caught early and treated by diet, individuals develop normally. Other examples of screening tests include smears taken from the lining of the uterine cervix (Margin Note 1.1 and Figure 1.15). Screening tests may also be used in certain groups of people to assess occupational exposure to harmful substances such as lead and radiation. 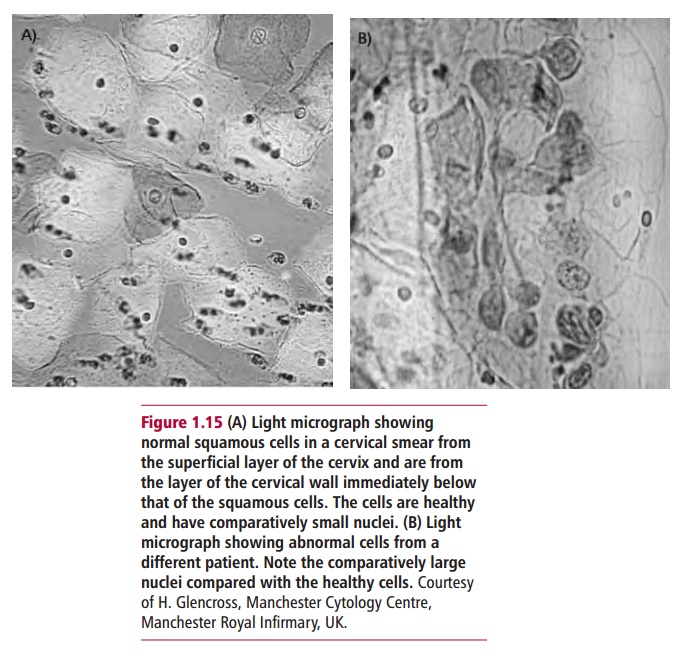 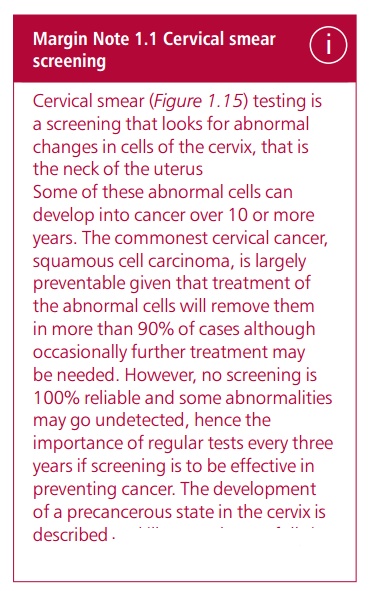 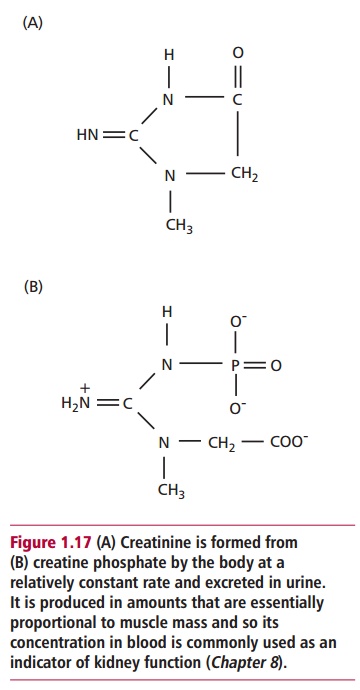 Tests in pathology laboratories can indicate the likely outcome of a disease. Renal failure is a progressive disease that leads to a gradual build up of creatinine in the serum (Figure 1.17). Measurements of serum creatinine may therefore indicate end-stage renal disease when the patient may need dialysis to survive.

Vital information regarding the development and complications in a particular disease may be provided by laboratory tests. Urine is normally essentially free of protein; hence the presence of 30 to 200 mg dm–3 of serum albumin in the urine (microalbuminuria) of diabetic patients may indicate the development of nephropathy, a common secondary complication of diabetes.