Nature and Investigation of Diseases

Disease can be defined as any abnormality or failure of the body to function properly and this may require medical treatment. The scientific study of diseases is called pathology.

Disease can be defined as any abnormality or failure of the body to function properly and this may require medical treatment (Figure 1.1). The scientific study of diseases is called pathology.

Every disease has a distinct set of features that include a cause, associated clinical symptoms and a characteristic progression, with associated morphological and functional changes in the patient. The presence of an abnormality on its own, however, does not necessarily indicate disease since the affected individual must also suffer from ill health. Health can be defined as an absence of signs and symptoms associated with any disease. This definition has limitations in that there are circumstances where individuals believe they are ill even though detectable indications of disease are not present. Conversely, there are individuals who believe they are healthy but on detailed examination are found to suffer from a serious disease. For this reason, the World Health Organization (WHO) devised the more appropriate definition of health as a state of physical, mental and social well-being and not merelythe absence of disease. Currently there is considerable interest, particularly indeveloped countries, in promoting health by improving lifestyle and reducing mental and social factors associated with ill health. 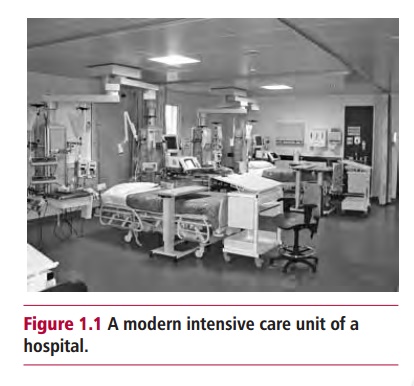 Individuals differ in their physical appearance and also internally in the composition of the biological materials of which they are made. Differences between individuals are due to biological variation. Variation in values for measurable body features or biological substances (analytes) occurs for a number of reasons. Differences in the genotypes of individuals ensure that no two individuals are the same (other than identical twins). Biological variation arises due to differences in lifestyle, experiences, dietary and other factors as well as genes. There are also differences in physiological processes arising from bodily control mechanisms. For example, the concentration of blood glucose varies between individuals with diet, time of day and physical activity.