Inspiration is an active process where the muscles of respiration (see Figure 10.10 and Table 1) contract to increase the thoracic volume.

Inspiration is an active process where the muscles of respiration (see Figure 10.10 and Table 1) contract to increase the thoracic volume. The major muscle of in- spiration is the diaphragm. The diaphragm is a dome-shaped, skeletal muscle, projecting into the thoracic cavity. Its origin is along the walls of the thorax and in-sertion is into a centrally placed tendon. The di-aphragm is innervated by the phrenic nerve that arises from cervical segments 3, 4, and 5. When the di-aphragm contracts, the central tendon is pulled down-ward into the abdominal cavity, increasing the diame-ter of the thoracic cavity in the superior-inferior direction. The diaphragm is responsible for 75% of air movement into the lungs. 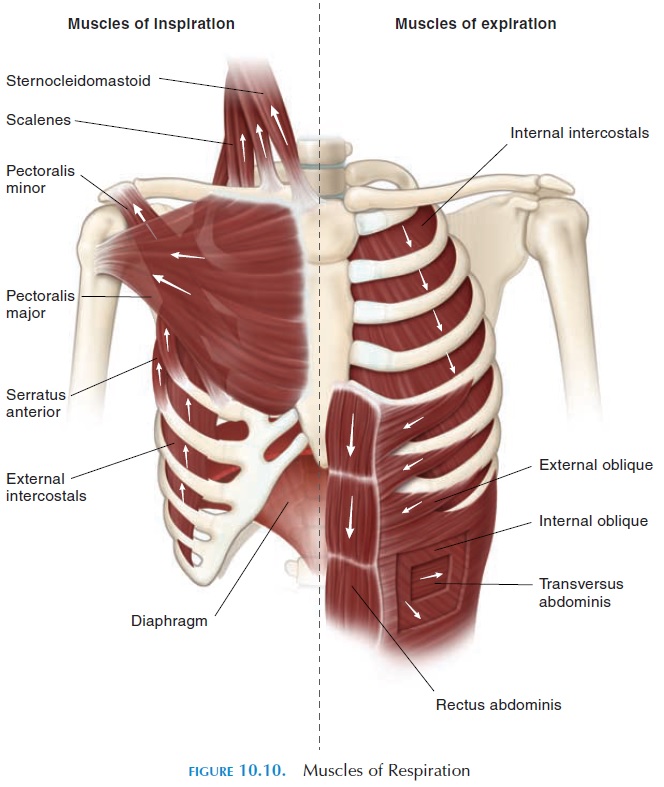 The external intercostal muscles that originate in the upper rib, with insertion in the lower rib, with the fibers running anteriorly and inferiorly, help elevate the ribs. They are innervated by nerves arising from thoracic segments 1 to 12. The ribs articulate with the vertebrae and sternum in a way that the antero-posterior and transverse diameters are increased when they are lifted up by this muscle. The activity of the external intercostals is responsible for bringing approximately 25% of the volume of air into the lungs.

Muscles, such as the serratus anterior, pectoralis major and minor, act as muscles of inspiration by el-evating the ribs or pulling the ribs toward the arms by reverse muscle action (i.e., the insertion is fixed while the origin moves) when the upper limb is fixed in po-sition. The accessory muscles come into play when respiration is forced, as in individuals with asthma.

During normal respiration, the expiration process is passive and caused by the relaxation of the inspira-tory muscles described above. In forced respiration, expiration becomes active and is assisted by the in-ternal intercostals and transversus thoracis, which help depress the ribs (Figure 10.10 and Table 10.1). The abdominal muscles, which include the external obliques, internal obliques, transversus abdominis, and the rectus abdominis, help compress the ab-domen and force the diaphragm upward.

The abductor muscles in the larynx contract early in inspiration, pulling the vocal cords apart. The adduc-tor muscles contract reflexively and close the glottis during swallowing or gagging, to prevent food from entering the larynx. 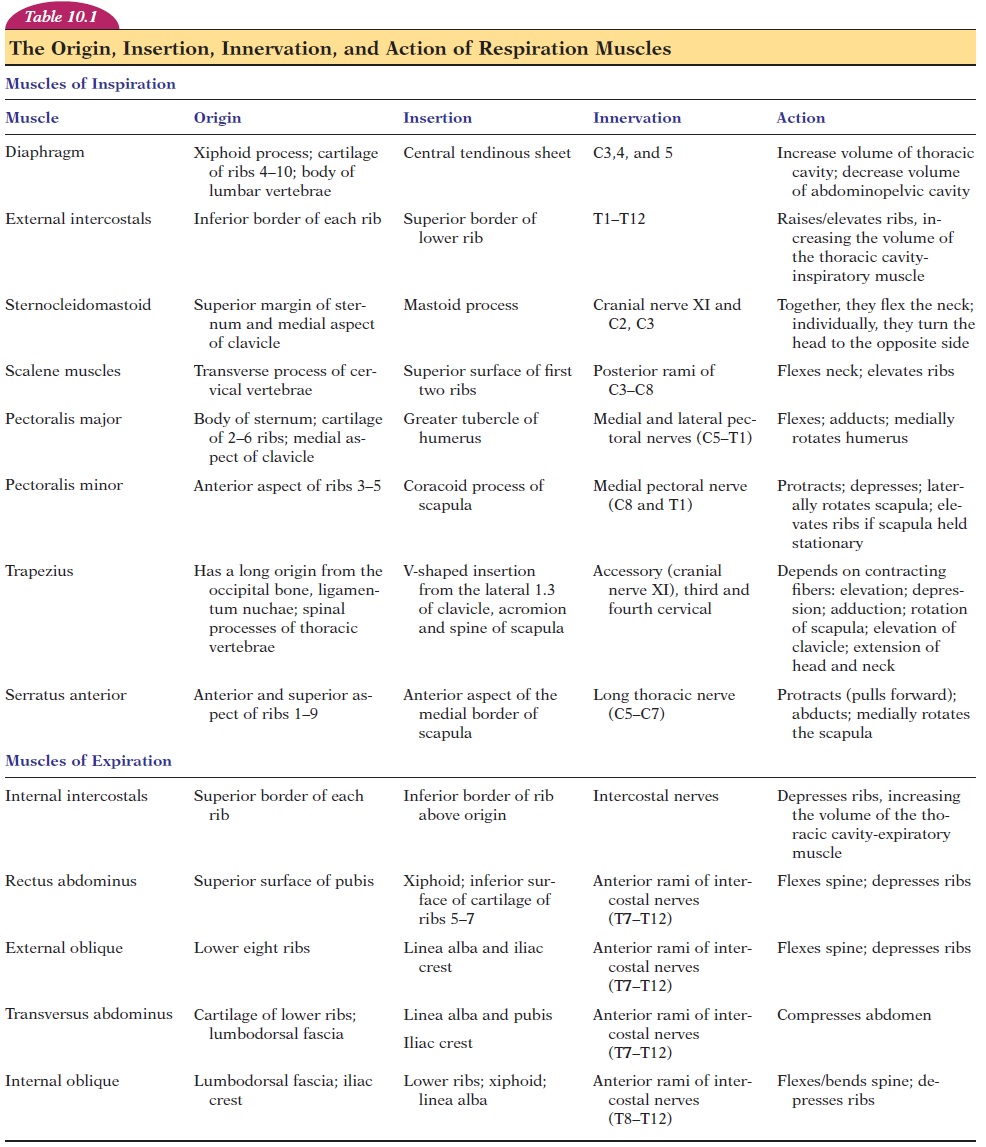