Gas movement between the alveoli and blood is by passive diffusion.

Other than partial pressure, the quantity of gas moving across the membrane and dissolving in blood would be determined by how soluble the gas is in plasma. Henry’s law describes the behavior of gas. Henry’s law states that the quantity of gas that will dissolve in a liquid is proportional to the partial pres-sure of the gas and its solubility coefficient (the vol-ume of gas that dissolves in one unit volume of a liq-uid at a particular temperature). Carbon dioxide in the body has a higher solubility coefficient (24 times more) than oxygen. Therefore, more carbon dioxide is carried dissolved in plasma. Henry’s law explains why we have little nitrogen dissolved in plasma. Al-though the air has a high partial pressure of nitrogen (79%), little dissolves in plasma because of the low solubility coefficient of nitrogen. 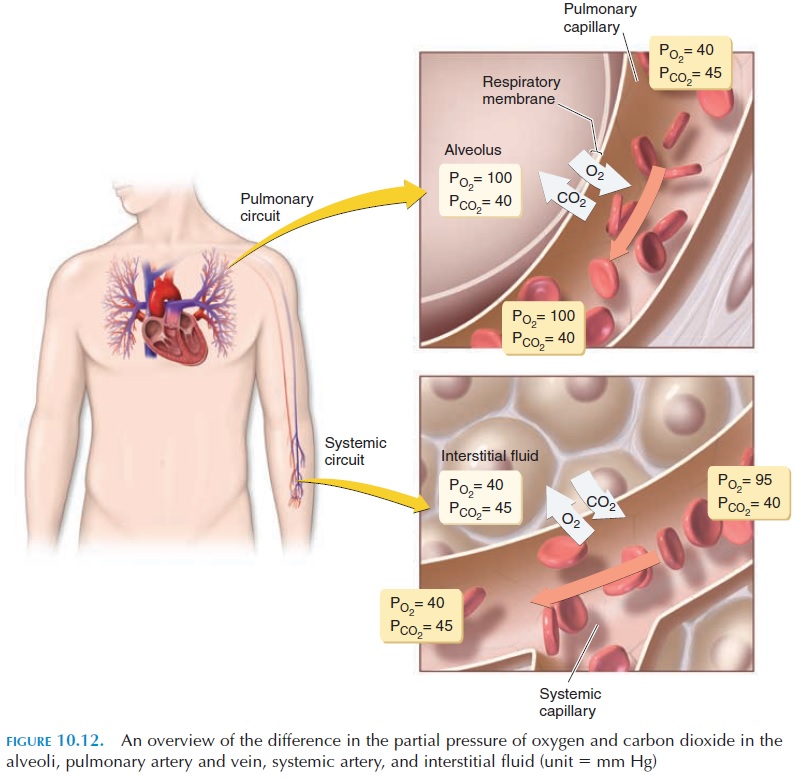 Figure 10.12 is an overview of the difference in the partial pressure of oxygen and carbon dioxide in the alveoli, pulmonary artery and vein and in the sys-temic artery, vein, and the interstitial fluid.

In addition to the partial pressure and solubility coefficient of carbon dioxide and oxygen, the rate of exchange would be affected by the thickness of the respiratory membrane and the surface area available for exchange. For example, when there is pulmonary edema, fluid in the respiratory membrane increases the distance through which diffusion must take place, with consequent reduction in rate of gas ex-change. If a lobe of the lung is collapsed, the surface area for exchange is reduced and less oxygen diffuses.

As the deoxygenated blood in the pulmonary artery passes around the alveoli, exchange of gases occurs quickly, with oxygen moving into the blood from the alveolar air and carbon dioxide from the blood into the air. Although the red blood cells in the blood stay in the capillaries for less then a second (in an exercising individual, about 0.3 seconds), the time is sufficient for exchange to occur.