Numbers with the same digit go to same bin

o  sort by the next least significant digit

Extra information: every integer can be represented by at most k digits

o d1d2…dk where di are digits in base r 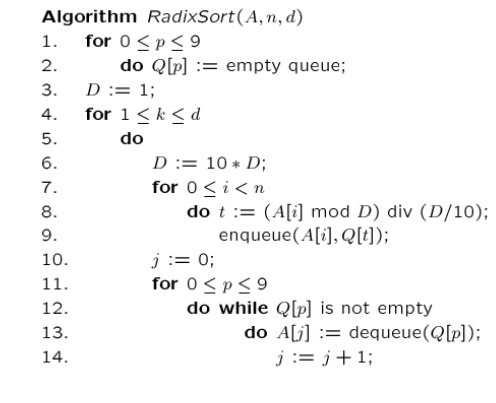 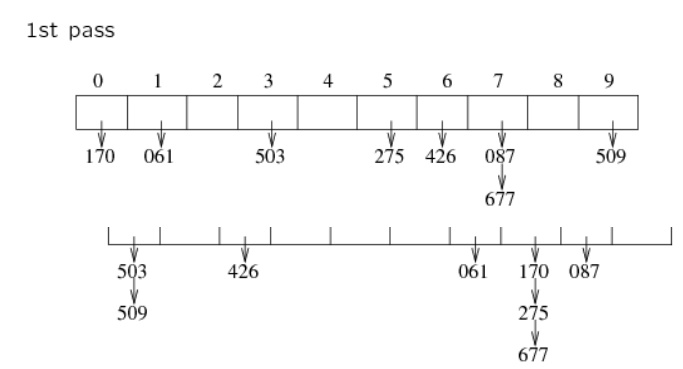 k passes over the numbers (i.e. k counting sorts, with range being 0..r)

r and k are constants: O(N)

The Merge sort algorithm is based on divide and conquers strategy. First, the sequence to be sorted is decomposed into two halves ( Divide ). Each half is sorted independently ( Conquer ). Then the two sorted halves are merged to a sorted sequence ( Combine ).