Sometime in May 1942 Gandhi took it upon himself to steer the Indian National Congress into action.

Sometime in May 1942 Gandhi took it upon himself to steer the Indian National Congress into action. Gandhi’s decision to launch a mass struggle this time, however, met with reservation from C. Rajaji as much as from Nehru. Conditions were ripe for an agitation. Prices of commodities had shot up many-fold and there was shortage of food-grains too.

The futility that marked the Cripps mission had turned both Gandhi and Nehru sour with the British than any time in the past. Gandhi expressed this in a press interview on May 16, 1942 where he said: ‘Leave India to God. If that is too much, then leave her to anarchy. This ordered disciplined anarchy should go and if there is complete lawlessness, I would risk it.’ The Mahatma called upon the people to ‘Do or Die’ and called the movement he launched from there as a ‘fight to the finish’. 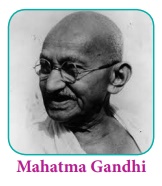 The colonial government did not wait. All the leaders of the Indian National Congress, including Gandhi, were arrested early in the morning on August 9, 1942. The Indian people too did not wait. The immediate response to the pre-dawn arrests was hartals in almost all the towns where the people clashed, often violently, with the police. Industrial workers across India went on strike. The Tata Steel Plant in Jamshedpur closed down by the striking workers for 13 days beginning August 20. The textile workers in Ahmedabad struck work for more than three months. Industrial towns witnessed strikes for varied periods across India.

The colonial government responded with brutal repression and police resorted to firing in many places. The army was called in to suppress the protest. The intensity of the movement and the repression can be made out from the fact that as many as 57 battalions were called in as a whole. Aircrafts were used to strafe protesters. The momentum and its intensity was such that Linlithgow, wrote to Churchill, describing the protests as ‘by far the most serious rebellion since 1857, the gravity and extent of which we have so far concealed from the world for reasons of military security.’

Though this phase of the protest, predominantly urban, involving the industrial workers and the students was put down by use of brutal force, the upsurge did not end. It spread in its second phase into the villages. A sixty-point increase in prices of food-grains recorded between April and August 1942 had laid the seeds of resentment. In addition, those leaders of the Congress, particularly the Socialists within, who had managed to escape arrest on August 9 fanned into the countryside where they organised the youth into guerrilla actions.

Beginning late September 1942, the movement took the shape of attacks and destruction of communication facilities such as telegraph lines, railway stations and tracks and setting fire to government offices. This spread across the country and was most intense in Eastern United Provinces, Bihar, Maharashtra and in Bengal. The rebels even set up ‘national governments’ in pockets they liberated from the colonial administration. An instance of this was the ‘Tamluk Jatiya Sarkar’ in the Midnapore district in Bengal that lasted until September 1944. There was a parallel government in Satara.

Spread and Intensity of the Movement

The spread of the movement and its intensity can be gauged from the extent of force that the colonial administration used to put it down. By the end of 1943, the number of persons arrested across India stood at 91, 836. The police shot dead 1060 persons during the same period. 208 police outposts, 332 railway stations and 945 post offices were destroyed or damaged very badly. At least 205 policemen defected and joined the rebels. R.H. Niblett, who served as District Collector of Azamgarh in eastern United Province, removed from service for being too mild with the rebels, recorded in his diary that the British unleashed ‘white terror’ using an ‘incendiary police to set fire to villages for several miles’ and that ‘reprisals (becoming) the rule of the day.’ Collective fines were imposed on all the people in a village where public property was destroyed.

Yet another prominent feature of the Quit India movement was the use of Radio by the rebels. The press being censored, the rebels set up a clandestine radio broadcast system from Bombay. The transmitter was shifted from one place to another in and around the city. Usha Mehta was the force behind the clandestine radio operations and its broadcast was heard as far away as Madras.

The Quit India movement was the most powerful onslaught against the colonial state hitherto. The movement included the Congress, the Socialists, and the Forward Bloc. The movement witnessed unprecedented unity of the people and sent a message that the colonial rulers could not ignore.

Gandhi’s release from prison, on health grounds, on May 6, 1944 led to the revival of the Constructive Programme. Congress committees began activities in its garb and the ban on the Congress imposed in the wake of the Quit India movement was thus overcome. The colonial state, meanwhile, put forward a plan for negotiation. Lord Archibald Wavell, who had replaced Linlithgow as Viceroy in October 1943, had begun to work towards another round of negotiation. The message was clear: The British had no option but to negotiate!