The changed global scenario in the post– World War II context led to the setting up of the Cabinet Mission.

The changed global scenario in the post– World War II context led to the setting up of the Cabinet Mission. Headed by Secretary of State for India, Sir Stafford Cripps with A.V.Alexander and Pethick Lawrence as members the mission landed in India in March 1946 and began work on its brief: to set up a national government before the final transfer of power. The mission proposed to constitute a ‘representative’ body by way of elections across the provinces and the princely states and entrust this body with the task of making a constitution for free India. The idea of partition did not figure at this stage. Instead, the mission’s proposal was for a loose-knit confederation in which the Muslim League could dominate the administration in the North-East and North-West provinces while the Congress would administer rest of the provinces.

Jinnah sounded out his acceptance of the idea on June 6, 1946. The Congress, meanwhile, perceived the Cabinet Mission’s plan as a clear sanction for the setting up of a Constituent Assembly. Nehru conveyed through his speech at the AICC, on July 7, 1946, that the Indian National Congress accepted the proposal. Subsequently, Jinnah on July 29, 1946, reacted to this and announced that the League stood opposed to the plan. 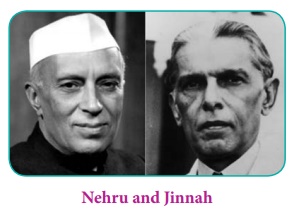 After elaborate consultations, the viceroy issued invitations on 15 June 1946 to the 14 men to join the interim government. The invitees were: Jawaharlal Nehru, Vallabhbhai Patel, Rajendra Prasad, Rajaji and Hari Krishna Mahtab (on behalf of the INC); Mohammed Ali Jinnah, Liaquat Ali Khan, Mohammed Ismail Khan, Khwaja Sir Nazimuddin and Abdul Rab Nishtar (from the Muslim League) and Sardar Baldev Singh (on behalf of the Sikh community), Sir N.P. Engineer (to represent the Parsis), Jagjivan Ram (representing the scheduled castes) and John Mathai (as representative of the Indian Christians).

Meanwhile, the Congress proposed Zakir Hussain from its quota of five nominees to the interim council. The Muslim League objected to this and, on 29 July 1946, Jinnah announced that the League would not participate in the process to form the Constituent Assembly. This invited a sharp reaction from the British administration. On 12 August 1946, the viceroy announced that he was inviting Nehru (Congress president) to form the provisional government. After consultation with Nehru, 12 members of the National Interim Government were announced on 25 August 1946. Apart from Nehru, the other members were: Vallabhbhai Patel, Rajendra Prasad, Asaf Ali, C. Rajaji, Sarat Chandra Bose, John Mathai, Sardar Baldev Singh, Sir Shafaat Ahmed Khan, Jagjivan Ram, Syed Ali Zaheer and Cooverji Hormusji Bhabha. It was stated that two more Muslims will be nominated in due course.

Five Hindus, three Muslims and one representative each from the scheduled castes, Indian Christians, Sikhs and Parsis formed the basis of this list. Later Hare Krishna Mahtab was replaced by Sarat Chandra Bose. The Parsi nominee, N.P. Engineer was replaced by Cooverji Hormusji Bhabha. In place of the League’s nominees, the Congress put in the names of three of its own men: Asaf Ali, Shafaat Ahmed Khan and Syed Ali Zaheer. 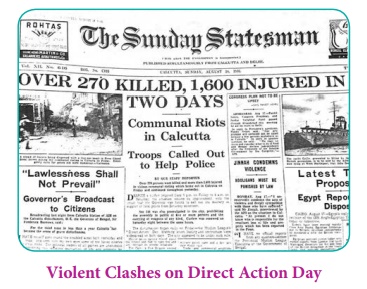 The League, meanwhile, gave a call for ‘Direct Action’ on 16 August 1946. There was bloodshed in Calcutta and several other places, including in Delhi. This was when Gandhi set out on his own course to arrive in Calcutta and decided to stay on at a deserted house in Beliaghatta, a locality that was worst affected, accompanied only by a handful of followers. Muslims who were hounded out of their homes in Delhi were held in transit camps (in Purana Quila and other places). It was only after Gandhi arrived there (on 9 September 1946) and conveyed that the Muslims were Indian nationals and hence must be protected by the Indian state (Nehru by then was the head of the interim government) that the Delhi authorities began organising rations and building latrines.

It was in this context that the Congress agreed to the constitution of the interim government. Nehru assumed office on 2 September 1946. Yet another round of communal violence broke out across the country and more prominently in Bombay and Ahmedabad. Lord Wavell set out on another round of discussion and after sounding out Nehru, he proposed, once again, to Jinnah that the League participate in the interim government. The Muslim League accepted the proposal but Jinnah refused to join the cabinet.

The interim cabinet was reconstituted on October 26, 1946. Those who joined on behalf of the League were Liaquat Ali Khan, I.I. Chundrigar, A. R. Nishtar, Ghazanfar Ali Khan and Jogendra Nath Mandal.

But there was no let-up in the animosity between the Congress and the League and this was reflected in the functioning (rather non-functioning) of the interim council of ministers. The League, meanwhile, was determined against cooperating in the making of the constituent assembly. At another level, the nation was in the grip of communal violence of unprecedented magnitude. Naokhali in East Bengal was ravaged by communal violence. The members of the League who were part of the interim government refused to participate in the ‘informal’ consultations that Nehru held before the formal meeting of the cabinet in the viceroy’s presence. The Muslim League, it seemed, were determined to wreck the interim government from within. 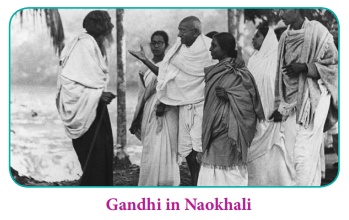 While the Congress scored impressive victories in the July–August 1946 elections and secured 199 from out of the 210 general seats, the Muslim League did equally well in seats reserved for the Muslims. The League’s tally was 76. All but one of the 76 seats came from the Muslim-reserved constituencies. The League, however, decided against participating in the Constituent Assembly. Hence, only 207 members attended the first session of the Constituent Assembly on 9 December 1946.

Meanwhile the functioning of the interim government was far from smooth with animosity between the Congress and the League growing by the day. The ‘informal’ meetings of the cabinet intended to settle differences before any proposal was taken to the formal meeting that the Viceroy presided over, could not be held from the very beginning.

The proverbial last straw was the budget proposals presented by Liaquat Ali Khan in March 1947. The finance minister proposed a variety of taxes on industry and trade and proposed a commission to go into the affairs of about 150 big business houses and inquire into the allegations of tax evasion against them. Khan called this a ‘socialistic budget’. This, indeed, was a calculated bid to hit the Indian industrialists who had, by this time, emerged as the most powerful supporters of the Congress. The intention was clear: to hasten the partition and prove that there was no way that the League and the Congress could work together towards independence.

British Prime Minister Atlee’s statement in Parliament on February 20, 1947, that the British were firm on their intention to leave India by June 1948 set the pace for another stage. Lord Wavell was replaced as Viceroy by Lord Mountbatten on March 22, 1947.

Mountbatten came up with a definite plan for partition. It involved splitting up Punjab into West and East (where the west would go to Pakistan) and similar Lord Mountbatten division of Bengal wherein the Western parts will remain in India and the East become Pakistan. The Congress Working Committee, on 1 May 1947, conveyed its acceptance of the idea of partition to Mountbatten. The viceroy left for London soon after and on his return disclosed the blueprint for partition and, more importantly, the desire to advance the date of British withdrawal to 15 August 1947. There were only 11 weeks left between then and the eventual day of independence. The AICC met on 15 June 1947. It was here that the resolution, moved by Govind Ballabh Pant, accepting partition, was approved. It required the persuasive powers of Nehru and Patel as well as the moral authority of Gandhi to get the majority in the AICC in favour of the resolution. 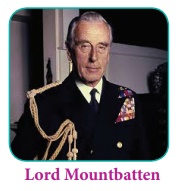 The period between March 1946 and 15 August 1947 saw many tumultuous events such as (i) the setting up of the Cabinet Mission, (ii) the formation of the interim government, (iii) the birth of the Constituent Assembly and (iv) the widening of rift between the Congress and the Muslim League leading to the partition and finally the dawn of independence.