The outbreak of Second World War and Britain’s decision to involve India in the War without consulting Congress ministries in provinces, provoked the leaders of Indian National Congress and Gandhi.

The outbreak of Second World War and Britain’s decision to involve India in the War without consulting Congress ministries in provinces, provoked the leaders of Indian National Congress and Gandhi. The Congress ministers resigned in protest. Gandhi launched the individual Satyagraha in October 1940 to keep up the morale of the Congress. In the meantime, the election of Subash Chandra Bose as Congress President upset Gandhi this led to Bose’s resignation. Later Bose started his Forward Bloc Party. After his escape to Germany and Singapore formed Indian National Army and carried on his revolutionary activities independent of the Congress movement.

The Cripps Mission arrived in March 1942 to assuage the nationalists. But its proposals bore no fruit. Gandhi decided to embark on the Quit India Movement in August 1942. The British arrested all prominent leaders of the Congress and put down the movement with an iron hand. Gandhi languished in jail until May 1944. Then came the Cabinet Mission, whose plan was eventually accepted by the Congress. However, Jinnah and the Muslim League, persisting in their Pakistan demand, announced Direct Action Day programme that ignited communal riots in East Bengal. Gandhi began his tour in the riot-hit Naokali. Rajaji’s compromise formula and Wavell plan and the Simla conference convened to consider the latter’s plan did not help to resolve the deadlock. In the meantime, Royal Indian Navy revolted, prompting the British to quicken the process of Independence. Mountbatten was appointed governor general to oversee independence and the partition of the subcontinent into India and Pakistan.

Unlike in the past, where Gandhi’s campaign had assumed a mass character, Gandhi decided on the strategy of individual Satyagraha so that the war against fascism was not hampered. The satyagrahis were handpicked by Gandhi and their demand was restricted to asserting their freedom of speech to preach against participation in the war. The chosen satyagrahi was to inform the District Magistrate of the date, time and place of the protest. On reaching there at the appointed time, and publicly declare the following: ‘It is wrong to help the British War effort with men or money. The only worthy effort is to resist all war efforts with non-violent resistance’ and offer arrest. 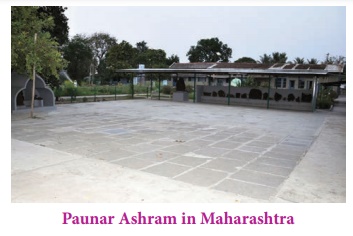 The programme began on October 17, 1940 with Vinobha Bhave offering Satyagraha near his Paunar ashram in Maharashtra. Gandhi suspended the Satyagraha in December 1940. It was revived with some changes and groups offered satyagrahas from January 1941 and was eventually withdrawn in August 1941.

Individual Satyagraha was the Congress response to the August offer by the Viceroy, Lord Linlithgow. On August 8, 1940, Linlithgow following: Dominion status at some unspecified future; expansion of the Viceroy’s Council (or the Executive Council) to accommodate more Indians in it; setting up a War Advisory Council with Indians in it; recognition of the rights of the minority; and a promise to recognize the Indian peoples’ right to draft a constitution at some future date after the war. 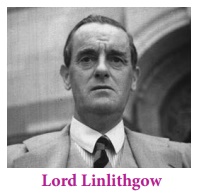 Removal of Bose from Congress

Congress to even negotiate a settlement. The Congress, at this time, was losing its sheen. Its membership had fallen from 4.5 million in 1938–39 to 1.4 million in 1940-41. Subhas Chandra Bose was isolated within the Congress, as most leaders in the organisation’s top refused cooperation with him. Bose resigned and the AICC session at Calcutta elected Rajendra Prasad as president. Bose founded the Forward Bloc to function within the Congress and was eventually removed from all positions in the organization in August 1939. 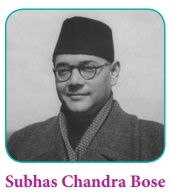 The arrogance displayed by the colonial government and its refusal to find a meeting point between the promise of dominion status at some future date and the Congress demand for the promise of independence after cessation of the war as a pre-condition to support war efforts was drawn from another development. That was the demand for a separate nation for Muslims. Though the genesis of a separate unit or units consisting of Muslim majority regions in the Eastern and North-Western India was in the making since the 1930s, the resolution on March 23, 1940, at Lahore was distinct.

There is ample evidence that the Muslim League and its associates were given the necessary encouragement to go for such a demand by the colonial administrators. The resolution, then, gave the colonial rulers a certain sense of courage to refuse negotiating with the Indian National Congress even while they sought cooperation in the war efforts.

In many ways the Congress at the time was weaker in the organizational sense. Moreover, its leaders were committed to the idea that the British war efforts called for support given the character of the Axis powers – Germany, Italy and Japan – being fascist and thus a danger for democracy. Bose was the only leader who sought non-cooperation with the allied forces and active cooperation with the Axis powers.

All these were the important markers of 1940. Things however changed soon with the Japanese advance in Southeast Asia and the collapse of the British army. It led to a sense of urgency among the colonial rulers to ensure cooperation for the war efforts in India even while not committing to freedom. Winston Churchill, now heading the war cabinet, dispatched Sir Stafford Cripps to talk with the Congress.