The debt is the form of promises by the Treasury to pay to the holders of these promises a principal sum and in most instances interest on the principal. Borrowing is resorted to in order to provide funds for financing a current deficit. 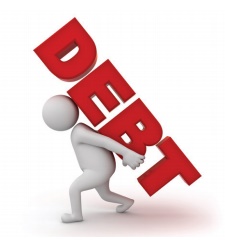 In the 18th and 19th centuries, the role of the state was minimum. But since 20th century there has been enormous increase in the responsibilities f the state. Hence the state has to supplement the traditional revenue sources with borrowing from individuals, and institutions within and outside the country. The amount of borrowing is huge in the under developed countries to finance development activities. The debt burden is a big problem and most of the countries are in debt trap.

“The debt is the form of promises by the Treasury to pay to the holders of these promises a principal sum and in most instances interest on the principal. Borrowing is resorted to in order to provide funds for financing a current deficit.”– Philip E.Taylor

“The receipt from the sale of financial instruments by the government to individuals or firms in the private sector, to induce the private sector to release manpower and real resources and to finance the purchase of these resources or to make welfare payments or subsidies”.– Carl S.Shoup

The main sources of internal public debt are as follows:

When a loan is taken from abroad or from an international organisation it is called external public debt. The main sources of External public debt are IMF, World Bank, IDA and ADB etc. Loan from other countries and the Governments. 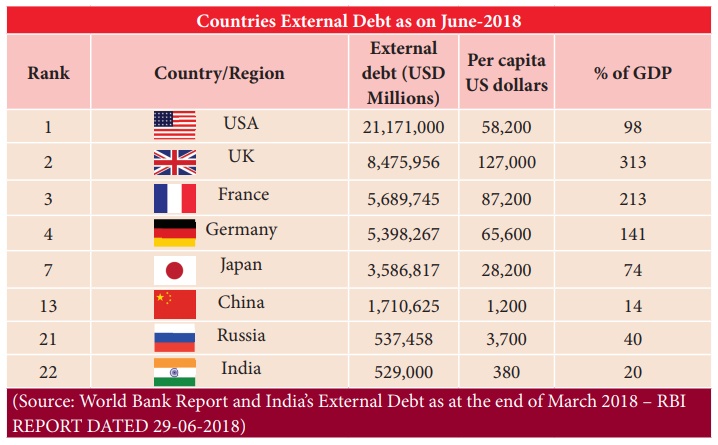 3. Causes for the Increase in Public debt

The causes for enormous growth of public debt may be studied under the following sub-headings:

1. War and Preparation of war

Waging war has become one of the important causes for incurring debts by the governments. In modern times, the preparation for war and nuclear defence programmes take away the major share of the government’s revenue and so it incurs debt.

Modern states are considered to be ‘Welfare States’ and they have to undertake many social obligations like public health, sanitation, education,insurance, transport and communications, etc., besides providing the minimum necessaries of life to the citizens of the country. To finance these, the State has to incur a heavy public debt.

The government has to undertake many projects for economic development of the country. Construction of railways, power projects, irrigation projects, heavy industries, etc., could be thought of only by means of mobilising resources in the form of public debt. Due to heavy public expenditure, the governments always face deficit budget. Such deficits have to be financed only through borrowings.

The Government can withdraw excess money from circulation, by raising public debt and thus prevent prices from rising.

During the depression phase, private investment is lacking. The Government applies compensatory public spending by borrowing from internal and external sources.

4.  Methods of Redemption of Public Debt

The process of repaying a public debt is called redemption. The Government sells securities to the public and at the time of maturity, the person who holds the security surrenders it to the Government. The following methods are adopted for debt redemption.

Under this method, the Government establishes a separate fund known as “Sinking Fund”. The Government credits every year a fixed amount of money to this fund. By the time the debt matures, the fund accumulates enough amount to pay off the principal along with interest. This method was first introduced in England by Walpol.

When the Government presents surplus budget, it can be utilised for repaying the debt. Surplus occurs when public revenue exceeds the public expenditure. However, this method is rarely possible.

(6) Reduction in Rate of Interest

Another method of debt redemption is the compulsory reduction in the rate of interest, during the time of financial crisis.

When the Government imposes levy on the capital assets owned by an individual or any institution, it is called capital levy. This levy is imposed on capital assets above a minimum limit on a progressive scale. The fund so collected can be used by the Government for paying off war time debt obligations. This is the most controversial method of debt repayment.