The word ‘budget’ is said to have its origin from the French word “Bougett” which refers to ‘a small leather bag’.

The word ‘budget’ is said to have its origin from the French word “Bougett” which refers to ‘a small leather bag’. The budget is an annual financial statement which shows the estimated income and expenditure of the Government for the forthcoming financial year.

“It is a document containing a preliminary approved plan of public revenue and expenditure”.-Reney Stourn.

“The budget has come to mean the financial arrangements of a given period, with the usual implication that they have been submitted to the legislature for approval”.- Bastabale

On the basis of expenditure on revenue account and other accounts, a budget can be presented in two ways:

iii) Supplementary Budget: During the time of war emergencies and natural calamities like tsunami, flood etc, the expenditures allotted in the budget provisions are not always enough. Under these circumstances, a supplementary budget can be presented by the Government to tackle these unforeseen events.

iv) Vote - on - Account: Under Article 116 of the Indian Constitution, the budget can be presented in the middle of the year. The reason may be political in nature. The existing Government may or may not continue for the year, on account of the fact that elections are due, then the Government places a ‘lame duck budget’. This is also called ‘Vote-on-account Budget’. 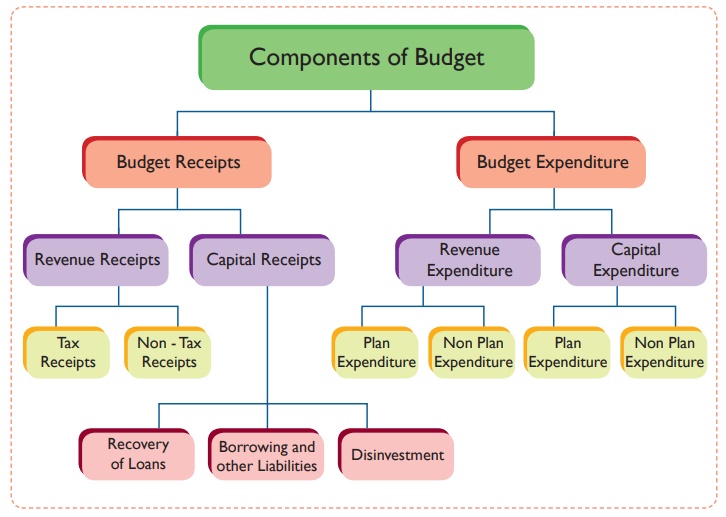 v) Zero Base Budget: The Government of India presented Zero-Base-Budgeting (ZBB first) in 1987-88. It involves fresh evaluation of expenditure in the Government budget, assuming it as a new item. The review has been made to provide whole in the light of the socio-economic objectives which have been already set up for this project and as well as in view of the priorities of the society.

Balanced budget is a situation, in which estimated revenue of the government during the year is equal to its anticipated expenditure. 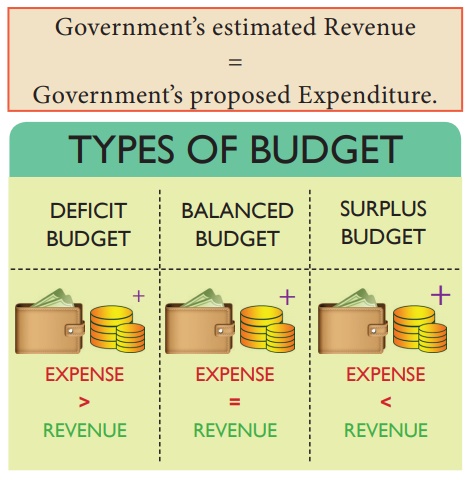 The budget in which Revenue & Expenditure are not equal to each other is known as Unbalanced Budget.

Unbalanced budget is of two types:

The budget is a surplus budget when the estimated revenues of the year are greater than anticipated expenditures.

Deficit budget is one where the estimated government expenditure is more than expected revenue.

Budgetary procedure refers to the system through which the budget is prepared, enacted and executed.

(A) Preparation of the Budget

The Ministry of Finance prepares the Central Budget every year. At the state level the finance department is responsible for the Annual State Budget. While preparing the budget, the following factors are taken into account:

·            Estimates of the gap between revenue receipts and revenue expenditure; and 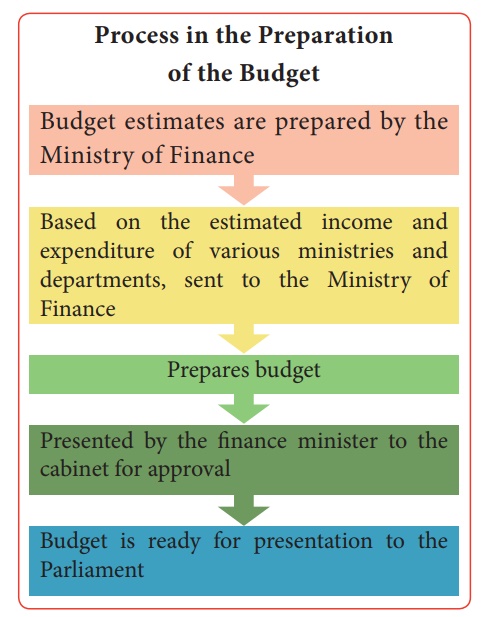 (B) Presentation of the Budget

According to the Indian Constitution, all money bills must be initiated in the Lower House. All the money bills are first placed before the LokSabha at the Centre, and before the VidhanSabha at the State level. The demands of various tax proposals are included in the budget. After the finance bill is passed, an appropriation bill is presented to give legal effect to the voted demands, and to authorise the expenditure as per the budget. In this way, the budgets are enacted in India.

(c) Execution of the Budget

The budget is mainly executed by different departments of the Government. Proper execution of the budgetary provisions are important for the efficient utilisation of the allocated funds.

Parliamentary Control over the Budget

In India, the Government Accounts are maintained in three parts:

There are also two committees of parliament, viz,

(i) The Public Accounts Committee, and

These committees keep a constant vigil on the expenditure so that no Ministry or Department exceeds the amount sanctioned to it.

Budget deficit is a situation where budget receipts are less than budget expenditures. This situation is also known as government deficit.

In reference to the Indian Government budget, budget deficit is of four major types.

It refers to the excess of the government revenue expenditure over revenue receipts. It does not consider capital receipts and capital expenditure. Revenue deficit implies that the government is living beyond its means to conduct day-to-day operations.