Finance commission is a quasi-judicial body set up under Article 280 of the Indian Constitution.

Finance commission is a quasi-judicial body set up under Article 280 of the Indian Constitution. It was established in the year 1951, to define the fiscal relationship framework between the Centre and the state.

A Finance Commission is set up once in every 5 years. It is normally constituted two years before the period. It is a temporary Body.

The 15th Finance Commission has been set up in November 2017. Its recommendations will be implemented starting 1 April 2020. 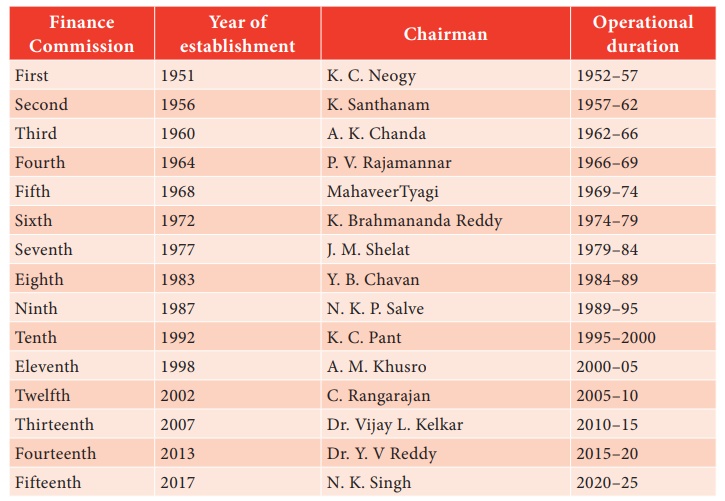 Functions of Finance Commission of India

Article 280 (3) speaks about the functions of the Finance Commission. The Article states that it shall be the duty of the Commission to make the recommendations to the President as to:

1. The distribution between the Union and the States of the net proceeds of taxes, which may be divided between them and the allocation among the states of the respective shares of such proceeds;

2. To determine the quantum of grants-in-aid to be given by the Centre to states [Article 275 (1)] and to evolve the principles governing the eligibility of the state for such grant-in-aid; 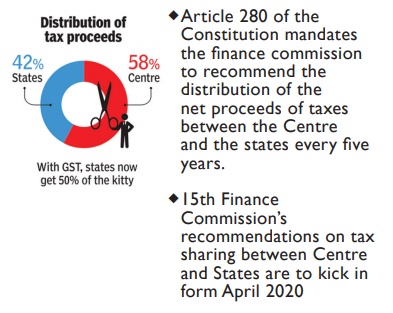